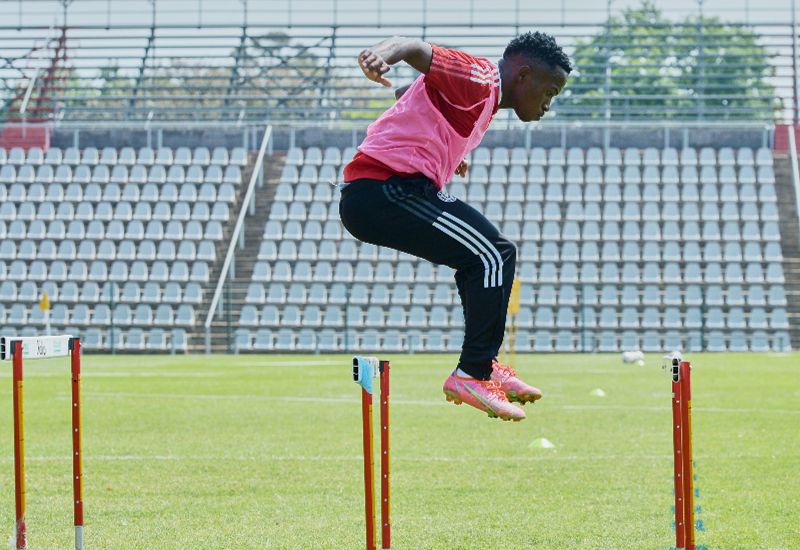 The Buccaneers have not defeated Kaizer Chiefs in the prestigious fixture for three league derbies, a statistic that both player and fan will be aware of prior to the match.

It is an unwelcome streak that makes them underdogs in the eagerly anticipated match, especially given the nature of the rivalry, in which recent form is frequently irrelevant once the battle lines are drawn.

Ndlondlo is one of a number of players set to get their first taste of the biggest fixture on the South African football calendar, with this Derby taking place roughly a month after the end of the previous transfer window.

In an exclusive interview with Orlandopiratesfc.com, the player discussed the significance of facing Amakhosi for the Buccaneers.

“This is something I’ve always wanted,” he said.

“The Derby has a unique atmosphere, and I can’t wait to be a part of it. Looking forward to it tremendously.”

Despite the fact that a new season represents a clean slate for all parties involved, the magnitude of the Soweto Derby makes it difficult for past results not to be discussed prior to the big game.

The Bucs’ camp is well aware that they have not defeated their rivals in over a year, and that their three attempts since then have resulted in defeat.

According to Ndlondlo, Pirates’ recent performance in this matchup has not dominated the conversation leading up to Saturday afternoon’s match.

“We have not paid that much attention to this,” he disclosed.

“We are aware of it, but I’m hoping to be one of the players who changes that statistic.

“It’s crucial that we perform well because we need to remind ourselves that we’ve been on a roll, and we must keep it up.

“We may be preparing for a cup final, but that is not our current priority. Now, we’re only focused on tomorrow’s game, and we just want to continue performing well and winning.”

The event, which begins at 15:30 and will be aired live on SuperSport PSL and SABC Sport, is sold out.