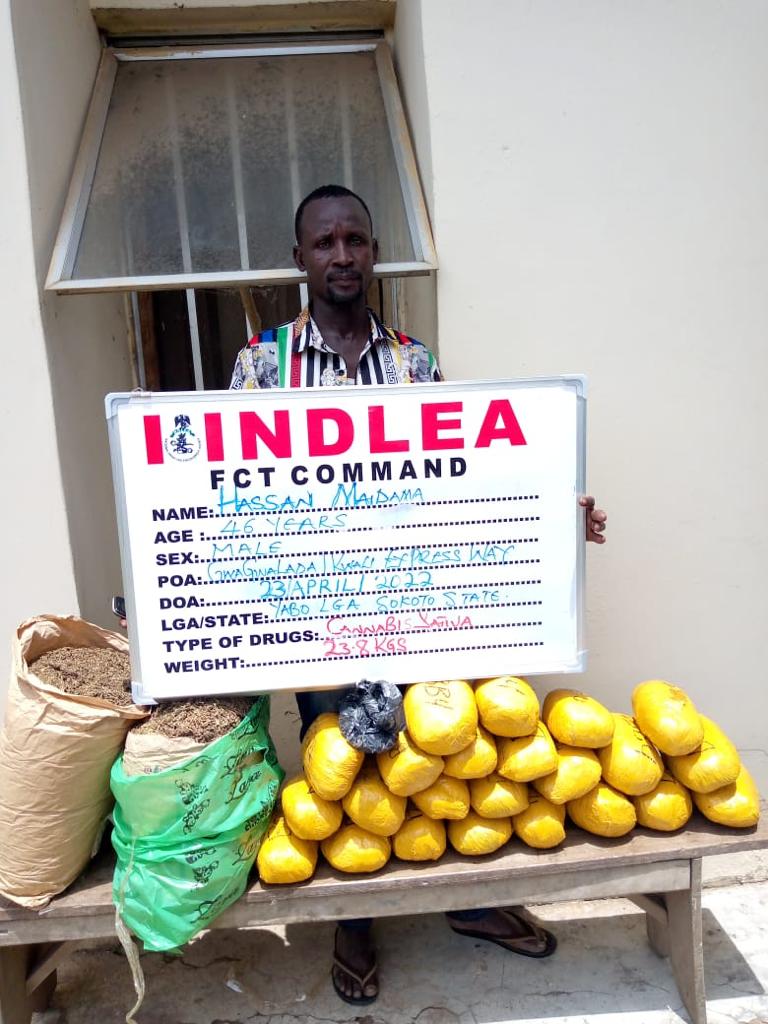 The Four suspects involved, concealed Class-A illicit substance in teabags and are now in the custody of the Agency.
The Director media and advocacy NDLEA headquarters Abuja, Mr. Femi Babafemi revealed this in a press statement Sunday.

Also, “in a bid by another cartel to export 950grams of Heroin concealed in the soles of lady’s footwears through the MMIA cargo shed was equally foiled by anti-narcotic officers who have so far arrested two suspects linked to the crime.”

Meanwhile, “NDLEA operatives in raids in Kano, Kaduna, Benue and Akwa Ibom states, have seized no less than 88,734 doses of Tramadol, Pentazocine, Diazepam and Swinol.”

Excited with the development, the Chief Executive of NDLEA, Brig. Gen. Mohammed Buba Marwa (Retd) commended the officers and men of the NAIA, MMIA, Kano, Kaduna, Akwa Ibom and FCT Commands of the Agency for sustaining the heat on drug cartels.

He charged them and those in other commands across the country to remain vigilant and on the offensive until the last gram of illicit drugs is taken away from the streets of Nigeria.