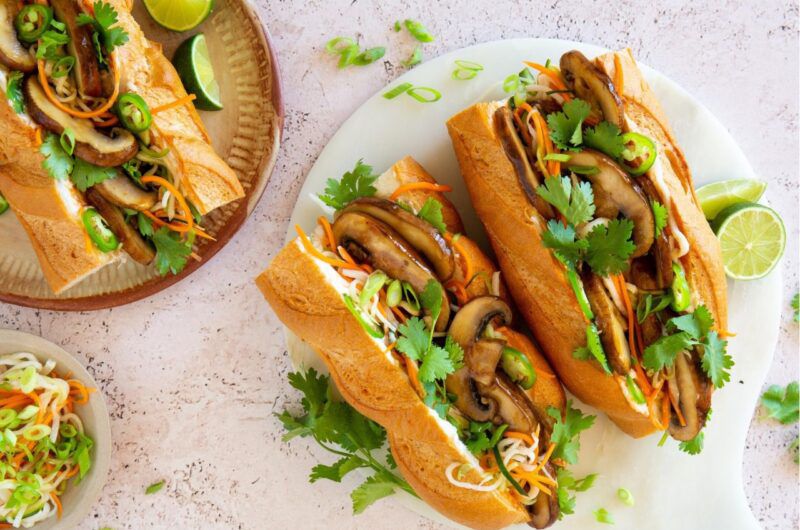 Sometimes a huge sandwich sounds good, but you’d rather have something other than meat in it. While this meaty feel may be hard to replicate, mushrooms have been a go-to replacement for quite some time. These mushroom bánh mì sandwiches are perfect if you’re trying to cut down on meat, or if you’re already a vegetarian or vegan. We’ve put our own spin on the traditional Vietnamese dish bánh mì thit, which is made with delectable beef and veggies.

You’ll be able to make your own colourful, nutritious, and delicious pickled veggies, and you’ll end up with a sandwich that’s perfect for lunch or dinner. Pickled vegetables, which you should slice as thinly as possible with a sharp knife, are delicious due to their satisfying crunch and savoury saltiness. Grilled mushrooms are a terrific source of fibre and healthful nutrients, and they also lend a delicious textural element to the dish. If you want your bread to have more of a crunch and flavour, you may fry it.

Is it your goal to increase the number of veggie-filled sandwiches that are suitable for vegans and vegetarians? When you’re hungry, grab one of these mushroom bánh mì sandwiches.