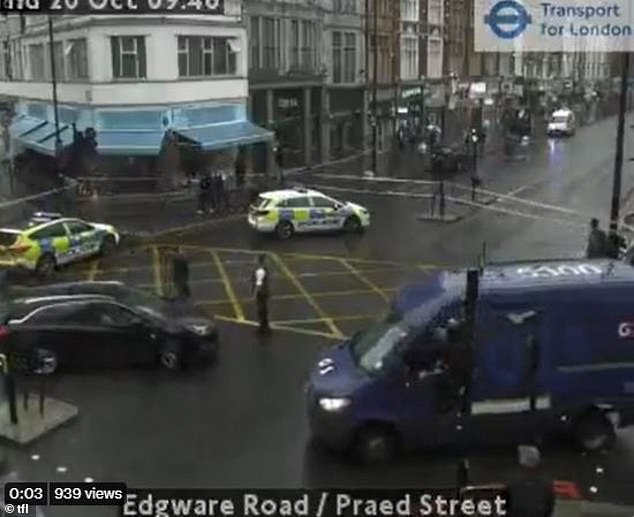 Customers fearlessly confronted a knifeman who was repeatedly stabbing a lady inside a popular M&S coffee shop in central London.

A lady in her 30s had reportedly been injured when police were called to the scene on Edgware Road in west London this morning.

After the incident, the lady was taken by ambulance to the hospital with many knife wounds.

Her condition is unknown at this time.

Those in the public who intervened and seized the guy resulted in his arrest on suspicion of grievous bodily harm (GBH).

Although they acknowledged they are at a “very early stage” of their inquiry, police think the guy and the stabbing victim knew one other.

After the “utterly terrible” occurrence, one witness applauded the coffee shop’s personnel.

Just been in the M&S on Edgware Road when a stabbing occured outside the shop.. completely awful.. but have to say to M&S all your employees were absolutely great…’ She posted on Twitter immediately after the assault. They all deserved salary raises since they were so courageous.

The following statement was made by Westminster Police: “Police received many calls this morning to Edgware Road in response to allegations of a stabbing in a coffee shop.

In response, officers used LAS. A woman in her 30s received treatment for stab wounds. We are awaiting a condition evaluation after she was transported to the hospital.

‘A guy was apprehended by onlookers who became involved. He was brought to the hospital. He’s been detained on grounds of alleged GBH. It is assumed that the victim and the man are acquainted at this very early period.

Officers with expertise in guns were among those who arrived. No police weapons, including tasers, have been fired. Police are still there, and inquiries are still being made.