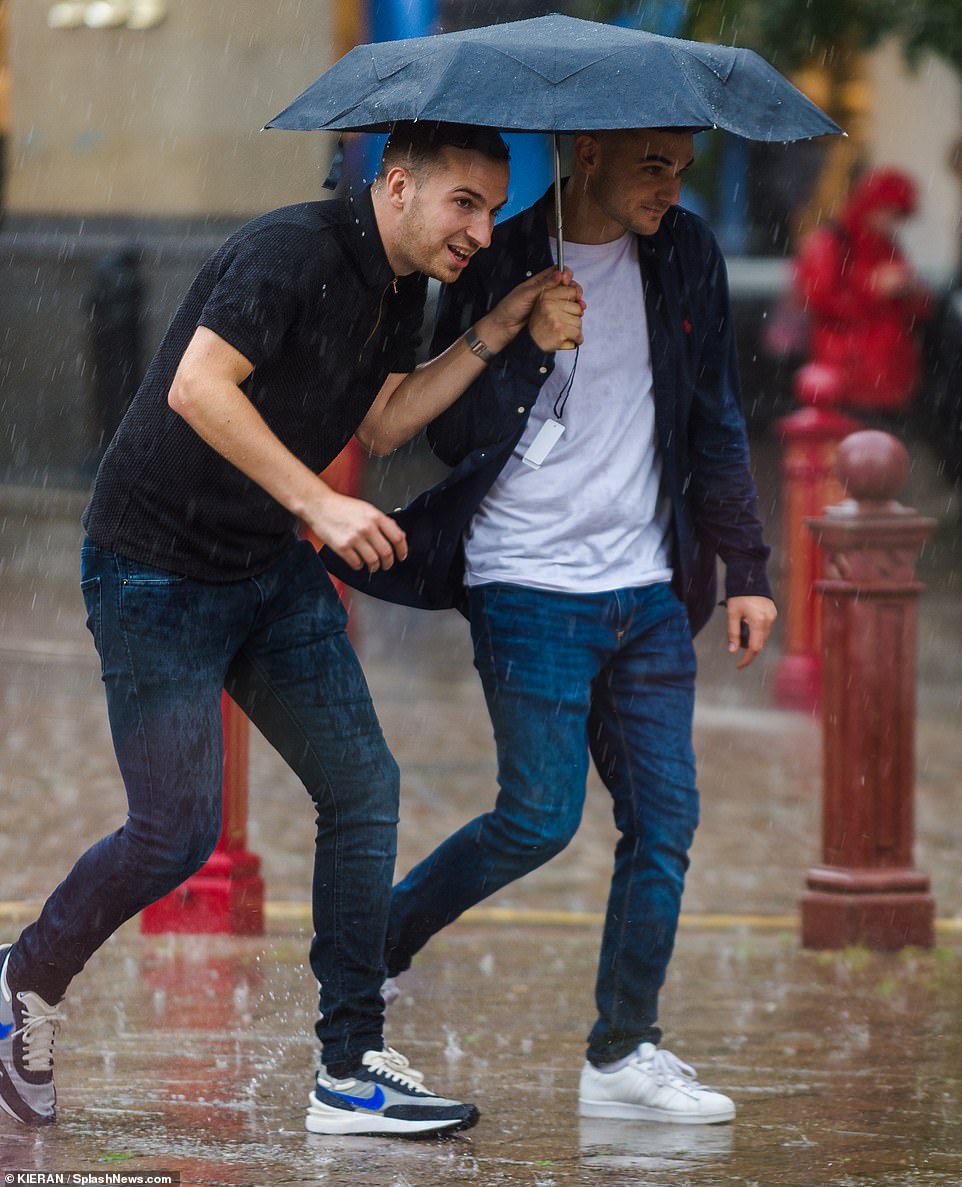 As Hurricane Ian’s effects are felt over the pond, most of Britain will see rain and severe gusts of up to 70 mph today.

A gale of 94 mph was already registered in Scotland this morning.

The meteorological phenomenon that caused devastation in Florida, US, is pushing warm tropical air northward, enhancing the Atlantic jet stream, and bringing an area of low pressure to the UK.

The area of northern Scotland where a yellow weather warning has been issued and is in effect until at least 3pm is predicted to have the heaviest rain and highest gusts.

However, according to the Met Office, Friday will be a rainy and windy day for most people. Brits are advised to avoid the roads because of the rough driving conditions.

As storms sweep over Scotland, a wind gust of 94 mph was recorded this morning on the 4084-foot-high top of Cairn Gorm in the Highlands.

Even into Saturday, there will still be rain, although it will mostly impact northern and western regions.

“A stretch of severe gusts and heavy rain will spread southeast throughout the day,” warned chief meteorologist Paul Gundersen.

“Northern Scotland is expected to see the greatest winds, with gusts as high as 75 mph over the Northern Isles and 65 to 70 mph in coastal areas.

Strong gusts and a band of heavy rain will also impact many parts of the nation, however rainfall totals are predicted to increase in western Scotland, reaching up to 40mm in one or two locations.

“With the possibility of gale force winds in these places as well, we are anticipating considerable travel disruption.”

The winds will calm a bit as the rain moves southeast on Friday afternoon and evening, but those who are traveling should be prepared for some challenging driving conditions.

“In locations outside of the warning area effects from the weather will be limited,” Mr. Gundersen said, “although later today gusts of approximately 50 mph might hit sections of southeast England, which could cause some disruption to ferry services in the English Channel.”

RAC spokesman Rod Dennis said: “Drivers need to make sure they’re not caught off guard when this weather system rushes in after a lengthy period of reasonably mild weather.”

We encourage drivers to slow their speed and maintain a greater distance from the car in front since heavy rain and high gusts are a rather nasty combination on the roadways.

Although there will be occasional showers in the west, the overnight weather will be largely dry and clear. Locally strong mild to brisk westerly breezes will also be present.

Saturday will be a largely sunny day with periods of sunlight and some clouds, although showers are possible. They will primarily affect northern and western regions.

A probability of showers is expected over the northwest on Sunday, and similar weather are expected on Monday.