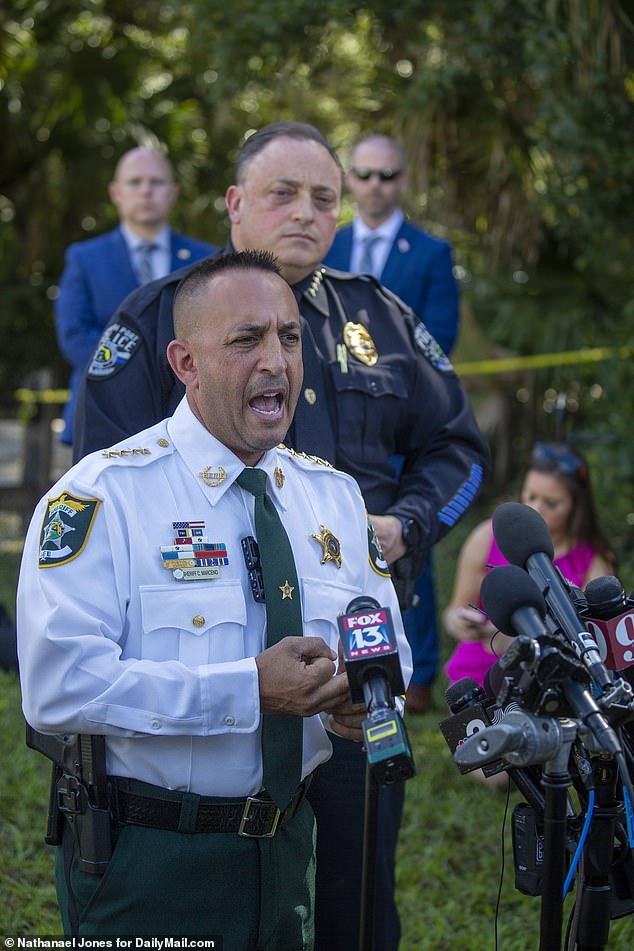 Seven suspects suspected of taking things, including fire extinguishers, from damaged homes in the wake of the deadly Hurricane Ian have been apprehended, according to a Florida sheriff.

Lee County Sheriff Carmine Marceno referred to the guys as “the lowest form of filth” for preying “on those directly devastated by Hurricane Ian” as they were being carried away in handcuffs in the video.

Law and order will unquestionably prevail in Lee County, and anybody who believes otherwise is seriously incorrect, he said.

Fort Myers, which was severely damaged by the storm that left at least 55 people dead and hundreds of thousands of households still without electricity, is located inside Lee County.

When police detained the guys and discovered stolen goods, such as fire extinguishers, in their vehicle, five of the men were arrested.

Following their alleged theft of building materials from a Hampton Inn parking lot in Fort Myers Beach, two other guys were detained.

The hurricane left thousands of people homeless and is believed to have cost $60 billion in damage.

More than 4 million households and businesses in Florida as well as over 1.1 million in North and South Carolina lost power as a result of the hurricane.

According to PowerOutage.us, more than 400,000 people lost power, with Lee and Charlotte counties suffering the most damage, with 208,263 and 75,721 customers impacted, respectively.

In addition to announcing the inauguration of the first Disaster Recovery Center in Fort Myers for people and businesses impacted by Hurricane Ian, Florida Governor Ron DeSantis said that 79,000 buildings had been checked.

According to a Facebook post by the school administration, more than half of the schools in Lee County had some level of damage from Ian, and 14% sustained serious damage.

Officials expected that number to increase since Marceno had told reporters he was worried about the rescue personnel.

We are concerned about burnout. They don’t get to go home to their families because we work 12-hour shifts, he claimed.

The sheriff expressed his gratitude to the National Guard, federal employees, and volunteer rescuers for helping to lighten the load on his department.

Everyone wants to help, despite the catastrophic damage we sustained, said Marceno.

“It’s incredibly comforting after these awful circumstances since a lot of individuals had their life wiped away in minutes and hours,”