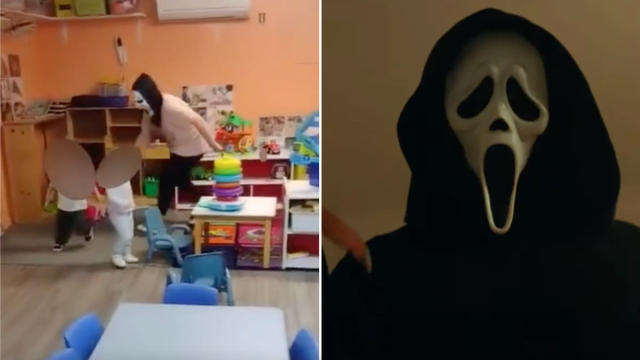 According to authorities, four Mississippi women linked to viral recordings of children in a daycare being tormented with a ‘Scream’ mask are now facing felony child abuse charges, while a fifth woman faces a misdemeanor failure to report charge.

According to the Associated Press, a judge put McCandless and Kilburn’s bond at $20,000, while Newman and Mills’ bonds were set at $15,000. AP reported that Hutson is not needed to post bond because her charges are misdemeanors.

“It’s unfortunate that it occurred and brought us to this point. Hopefully, individuals will learn from this “According to what Crook told the Northeast Mississippi Daily Journal, “It can divide a community. Everyone who participated knew one another in some capacity. Our goal is to cut through these emotions, locate the facts, and then communicate the facts.”

The proprietor of the daycare, Lil’ Blessings Child Care & Learning Center in Hamilton, Mississippi, Shiela Sanders, stated that at least four employees were terminated as a result of the films.

In one video, children can be seen screaming and hiding while being chased by a woman. A lady identified as CeeCee stated in a tearful apology published by The Daily Mail that she is the individual behind the mask in the video.

“The teachers asked if I would do it or if they could use it to get their students to listen or clean up. I am not a child molester “She claims in her explanation.

In the apology video, CeeCee states that she had worked at the childcare for almost four years.

“I did not enter that location voluntarily. I did not enter the room with the purpose of traumatizing those children. I anticipated they would respond similarly to how they did when I did it “She expresses in her apology.

“But what you didn’t witness was that when I left the room, I removed it and returned to the classroom… I responded, “CeeCee has the monster.” It is not returning.’ They would embrace me. I have known these children their entire lives.”

Katelyn Johnson, the mother of one of the daycare’s students, told ABC News that she was “very shocked” by what she saw.

“Their behavior was terrible whether or not they were wearing masks,” Johnson told ABC. “My blood pressure went up. My heart broke for my child. I was furious.”

“I hope you’re enjoying your time in jail and that you comprehend the gravity of your actions,” concluded Johnson. It is neither a joke nor something amusing.

Melissa Parker, head of the Office of Licensure at the Mississippi State Department of Health, told CNN on Thursday that Lil’ Blessings had not reopened.