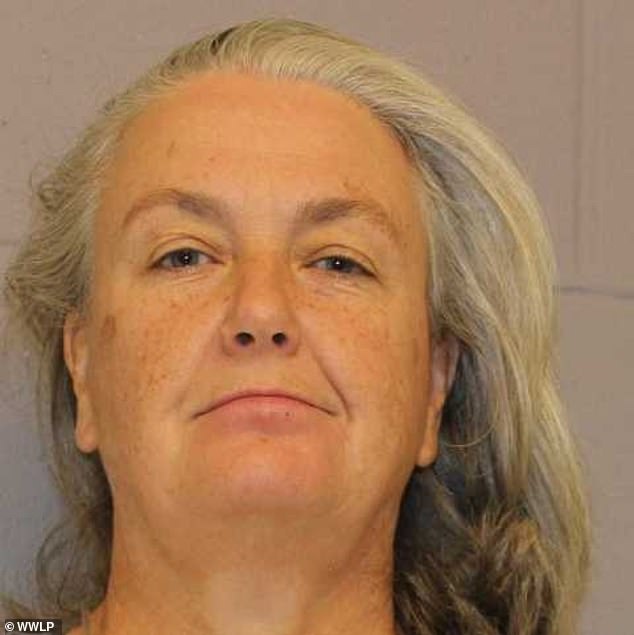 After reportedly unleashing a swarm of bees on sheriff’s officers who were trying to carry out an eviction order, a Massachusetts woman was taken into custody and charged with assault.

On Wednesday, October 12, Rorie Susan Woods, 55, arrived at the scene of 49 Memery Lane in her blue Nissan Xterra. The event took place in Longmeadow, Massachusetts.

The woman arrived to the trailer being hauled by her vehicle at approximately 9.15am, according to a representative of the Hampden County Sheriff’s Department.

Woods tried to open the container containing the bees while leaving her dog in the vehicle.

According to representatives with the HCSD, a deputy attempted to stop the woman from releasing the swarm.

The deputy had to leave because the bees, who had started to emerge, began circling the area.

Woods tried lifting the lid many times before deciding to shatter it instead and flip the container off the flatbed.

As the insects swarmed, onlookers and adjacent deputies received stings.

Then, in order to protect herself, Woods—who had previously been in charge of the hive—put on a beekeeper’s outfit. Then the middle-aged woman carried a tower of bees to the house’s front entrance.

According to law authorities, she was allegedly attempting to halt an eviction that had been going “stop and go” for more than a year and a half by utilizing the insects.

According to Zillow, the residence at 49 Memery Ln. has nine bathrooms, seven bedrooms, and 9,563 square feet of space. The value is assessed at $1.515 million.

The house has been in the hands of the same family since 1979, according to official documents.

The action was novel for seasoned deputies.

Woods apparently tried to aggravate the bees after bringing the hive to the entrance, but it was not specified how.

Woods was taken into custody and sent to the Western Massachusetts Regional Women’s Correctional Facility once the bees had calmed down.

I’m simply relieved no one died away since bee allergies can be fatal. Since they will be accused and punished, I hope that these out-of-county demonstrators would think twice before adopting such harsh means in the future.

According to authorities, Woods is accused with four charges of assault and battery with a deadly weapon.

Deputies of the Hampden County Sheriff’s Civil Process Division are used to people avoiding evictions. According to HCSD, the agency delivers hundreds of eviction notices annually.

But the extent to which this woman went were unusual.

According to an HCSD representative, the event took place when deputies were in the removal stage of this eviction’s last step when it happened.

According to Hampden County Sheriff Nick Cocchi, “We are always ready for demonstrations when it comes to evictions, but a majority of the organizations that demonstrate recognize that we are simply executing our statutory job in line with state law.”

However, given that some of the staff members there are sensitive to bee stings, the woman who went here endangered life. We had one employee go to the hospital, and fortunately, he recovered; otherwise, she would have been charged with manslaughter.

“I respect people’s right to peacefully demonstrate, but when you cross the line and endanger my workers and the general public, I assure you will be detained,” she said.

The Boston Globe reports that Woods was released on personal recognizance and that her next court appearance, a preliminary hearing, is set for December 9.