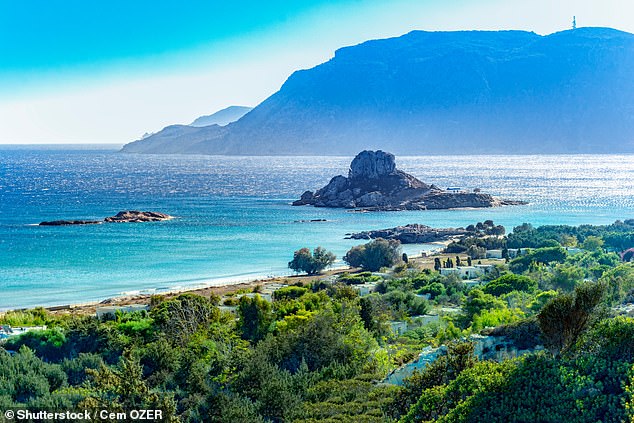 Before being punished, a sex offender who confessed to molesting two young girls has been given permission to take a vacation in Greece.

The assault of two young girls, who cannot be identified for legal reasons, was the subject of 10 counts that 48-year-old Matthew Thompson pleaded guilty to today.

The crime was described as “very severe” by Bradford Crown Court’s Judge Jonathan Gibson after the offender pleaded guilty to all charges.

The accusations included possessing extreme pornography showing sexual behavior with an animal and a kid, as well as molesting a minor under the age of 13 by penetration on no less than ten separate instances.

Judge Gibson decided that Thompson should be permitted to take a paid two-week holiday to the Greek island of Kos, for which he would leave the UK on Thursday, while admitting the severity of the offenses.

“You have pled guilty, and you will of course get appropriate credit for your guilty pleas in due course when you are sentenced,” he said to the defendant.

“You’ve been out on bond, and I’m not going to take that away from you just because you’ve made sincere pleas,” the judge said.

Thompson’s attorney, Gillian Batts, appealed with Judge Gibson to let him go for his vacation, from which he was expected to return on October 27.

She advised that Barnsley resident Thompson “sign on” at a police station on October 28 between 12 and 2 p.m. due to the seriousness of the issue.

Ms. Batts informed her client that in order to travel outside of the UK, he would also need to register as a sex offender with the appropriate authorities beforehand.

Judge Gibson concluded the ten-minute hearing by directing Thompson to comply with his release terms, which include appearing at Barnsley police station on October 28.

As you are aware, you must register with the police to do so before leaving since you are now subject to the sex offender registration laws.

The date of Thompson’s sentencing has been set to November 18.

»Sex offender given two-week trip in Greece before sentencing«