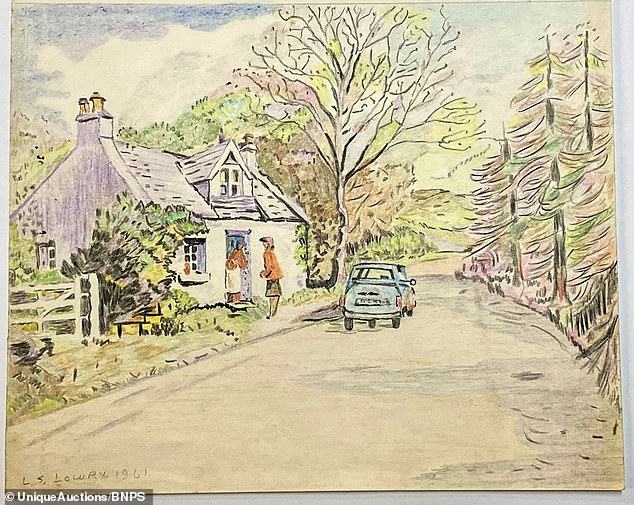 He was praised for his depictions of ordinary life in industrial cities in the North, complete with his recognizable “matchstalk guys.”

However, three forgotten LS Lowry drawings that have been hidden for 60 years in a folder belonging to an art instructor reveal a different, happier side of the creator.

One of them depicts a woman visiting a home in the country as a blue Mini is parked outside. It is a bright image that nearly resembles an illustration from a children’s book.

The two drawings, which were concealed in a picture frame, were created in 1959 and 1961 and are anticipated to sell for over £60,000 when they are auctioned off.

They were probably given by Lowry to Mary Morgan Lloyd, a professor at the Liverpool School of Art, who is a friend. Her collection was purchased by a Lincolnshire-based art aficionado after she passed over 20 years ago.

She hid the drawings in a cabinet without telling anybody and only discovered them when she intended to reuse the frame. On October 23, they will be put up for auction by Unique Auctions of Lincoln.