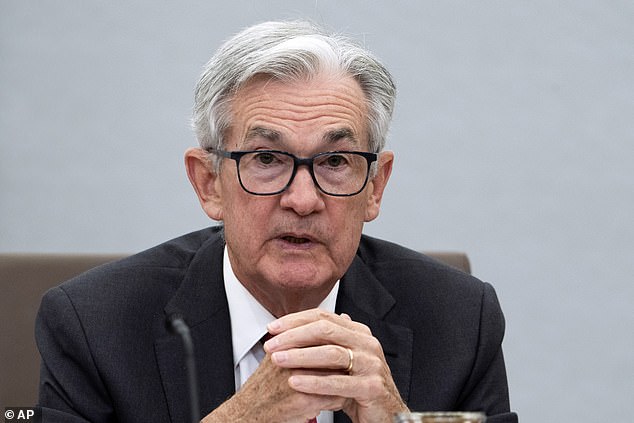 As the country struggles with a recession and the Federal Reserve raises interest rates, the national debt of the United States has hit a record high of $31 trillion for the first time ever.

The national debt was $31.123 trillion as of Monday, according to Treasury Department figures published on Tuesday.

The latest amount follows years of significant government spending stimulation to stave off the Covid-19 outbreak under both Trump and Biden, as well as other spending legislation pushed through a Democratic-led Congress to further President Biden’s agenda.

The outcome was that in 2020 and 2021, the federal government spent $3.1 trillion and $2.8 trillion, respectively, more than it earned. The estimated budget deficit in 2022 is $1 trillion, which Biden has touted as evidence that he is committed to cutting the deficit.

In September, Biden observed, “You know, Republicans speak about being economically prudent.” I cut the deficit by $350 billion last year. You are aware of how much this year, excluding the adjustments to Medicaid? 700 billion dollars worth of money. Therefore, I don’t want to hear anything about economic discipline from Republicans.

Congress authorized roughly $3.4 trillion in coronavirus relief in 2020, the last year of former President Trump’s presidency. Democrats passed approved the $1.9 trillion American Rescue Plan in 2021 under President Biden. In addition to other lesser initiatives, Congress spent $740 billion in 2022 on the Inflation Reduction Act, $280 billion on the Chips Plus bill, and tens of billions to support Ukraine in its conflict with Russia.

The federal government has a $7.8 trillion budget for fiscal year 2022.

Medicare, Social Security, and national military are among of the most expensive enterprises in the United States, each costing $1.3 trillion. In 2022, the government paid a staggering $694.4 billion in interest on its debt.

The Peterson Foundation estimates that, in addition to the $8.1 trillion in debt expenses that the Congressional Budget Office (CBO) anticipates, higher rates set by the Fed might add an extra $1 trillion to what the federal government pays in interest rates over the next ten years.

If interest rates climb by one percentage point more than what the CBO anticipates over the next several years, interest expenses alone might exceed what the US spends on national defense by 2029.

The CBO issued a warning earlier this year that the nation’s mounting debt would cause investors to lose faith in its ability to make good on its debt obligations, leading to “an abrupt spike in interest rates and an upward spiral in inflation.”

Wall Street is increasingly of the opinion that the United States is experiencing an economic slump as the Fed works to contain inflation without halting job creation.

Jerome Powell, the head of the Federal Reserve, almost openly acknowledged that the US will enter a recession.

In September, Powell told reporters in Washington, “The odds of a gentle landing are likely to decline to the degree that policy has to be more restrictive or restrictive for longer.” However, we are dedicated to bringing inflation down to 2%. Failure to reestablish price stability, in our opinion, would result in far more suffering.