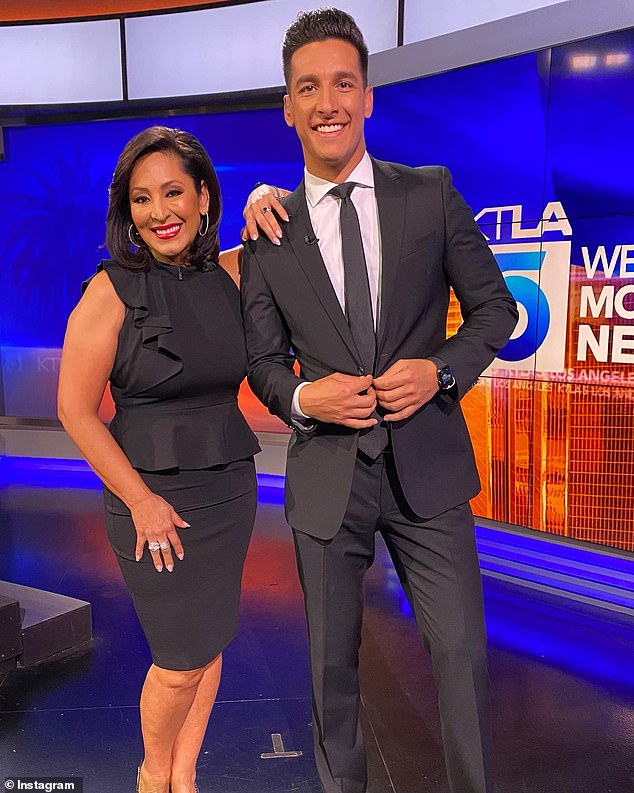 After deviating from his script and criticising his own television network live on air over the departure of his cherished co-anchor, a Los Angeles news anchor was fired.

Thursday, after tossing a pre-written script and launching an emotional apology to his “best friend,” Lynette Romero, who had left the station a few days previously, Mark Mester of KTLA was first suspended and then handed his marching orders.

Mester remarked live on air Saturday, “I want to start out properly by giving up an apology to you.

“What the audience saw was impolite, unpleasant, and improper, and we sincerely apologise.”

Romero, a beloved and long-time anchor of the Saturday morning programme, was fired by the station without giving her audience members a chance to say goodbye, much to their chagrin.

The Los Angeles Times was informed by station personnel that station manager Janene Drafs had briefed the newsroom on Thursday afternoon about Mestler’s dismissal.

Mester used his Saturday morning programme as an occasion to express KTLA’s regret over Romero’s leaving in a tone that implied criticism of the station.

He continued, his voice sometimes quivering, “I also want to say apologise to Lynette Romero because Lynette, I love you so much, you genuinely are my best friend.” “What happened to you was not fair,” was said.

“We really hope you can find it in your heart to forgive us. You did not deserve this.”

Employees said that producers had produced a screenplay that was authorised for Mester to deliver as a tribute to Romero, along with pictures and videos of her broadcasts.