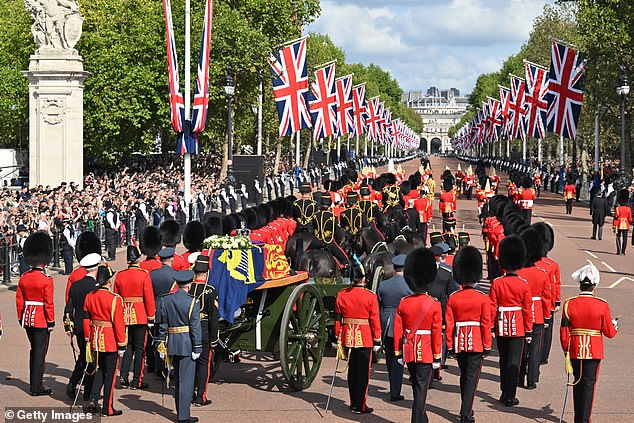 Kwasi Kwarteng seemed to put the blame for his mini-budget on the “great strain” of the Queen’s burial.

Following the announcement of his proposal in the Commons, the Government was driven into a crisis as the pound fell to record lows and the Bank of England finally had to step in to stabilize the markets.

The Chancellor stressed the significance of situating the mini-budget in the ‘context’ of the Queen’s passing and burial in an interview with GB News.

When asked whether there was anything he would have done differently, he mentioned the hectic few days before to the mini-budget.

We completed it quite quickly, he said. Additionally, you must keep in mind the context.

“What was remarkable about that month was that we had a new government, and we also had the tragic loss of Her Majesty Queen Elizabeth II, so we had a country in sorrow, and then we had the mini-budget only four days, I believe, after the burial.

We could have prepped the field a little bit better, as (former prime minister) David Cameron used to say, since it was a high-speed, high-pressure atmosphere.

However, Mr. Kwarteng also made an effort to allay worries by speculating that the UK economy would stabilize in the coming weeks.

He refuted claims that the tax-cutting budget’s initiatives, which total £45 billion, were “extreme,” describing it instead as a “bold” package that had “shifted” the political conversation.

I believe we have changed the conversation, and I have faith that in the next weeks, things will stabilize.

He said during a conference fringe event that the government had been successful in getting “everyone to speak about growth.”

Everyone talks about growth, even if certain plan components are not universally supported.

In an upbeat manner, Mr. Kwarteng said that he was “extremely proud” with his mini-budget.

When asked how his three weeks in as Chancellor were doing, he said to the crowded gathering, “Very well.”

In spite of Labour’s 33-point advantage in the polls, he said that the Conservatives might win the next general election if his strategy to boost the economy is successful.

He said that “polls do move up and down” and that “two years is an eternity” in politics.

I never forecast success because doing so would be arrogant.

Additionally, he said that since he began working in the position, things had gone “extremely well” and maintained that his party might still win the next general election despite Labour’s enormous polling advantage.

Members of the Cabinet were openly pleading with Prime Minister Liz Truss to boost benefits in accordance with inflation rather than the lower gauge of earnings at the annual session, which was marred by fierce infighting.

Mr. Kwarteng may have been giving an indication as to his position when he remarked, “Compassionate conservatism I felt was a nice word and it’s something that I constantly think about in terms of policy and I believe we do have a responsibility to care after extremely vulnerable people.”