Skip to content
Go Home «» News «» All News «» Knifeman may be near a Saskatchewan Indigenous hamlet, authorities say 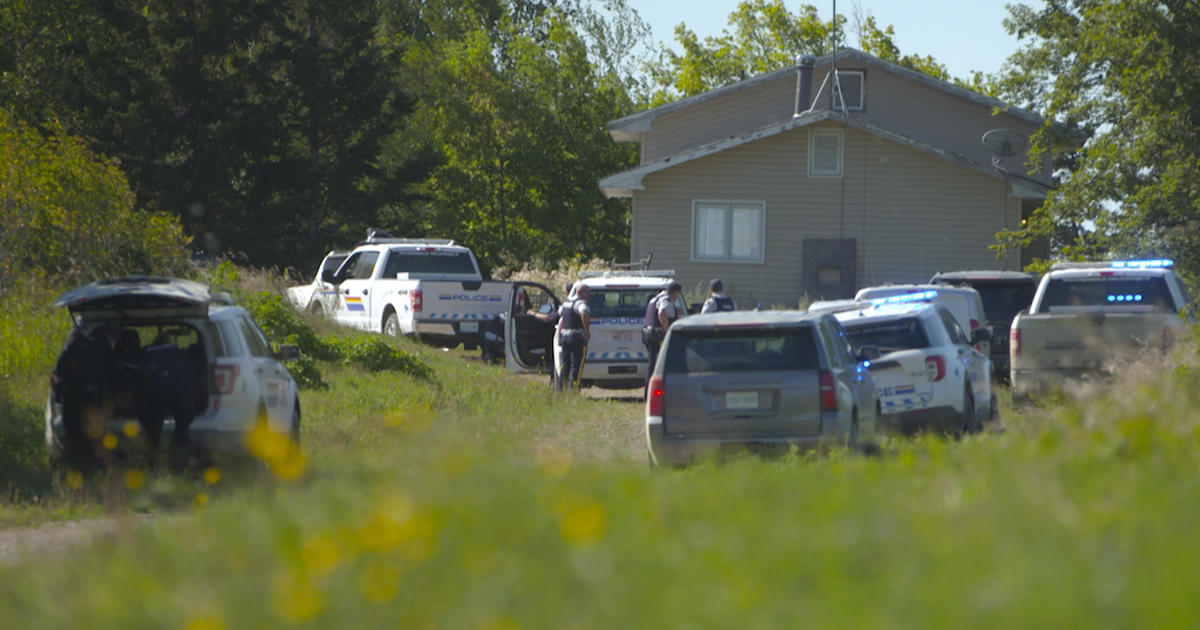 On an Indigenous reservation in the Canadian state of Saskatchewan, tensions were high on Tuesday after police issued a warning to locals that the suspect in a murderous stabbing spree over the weekend may be close.

As police closed off the streets and encircled a home with rifles drawn, an Associated Press reporter witnessed people yelling and fleeing.

Police then issued a statement saying that the warning had been false and that they had found the culprit was not in the neighbourhood, but locals were still on edge since they didn’t know where he was and a province-wide alert was still in place.

Myles Sanderson, the suspect, may or may not have been present.

Myles Sanderson’s last known location was in Regina, the provincial capital, more than 200 miles from the site of the stabbings, according to Regina Police Chief Evan Bray on Monday.

On Monday, police said that a car allegedly transporting the suspects had been seen in the Regina region. According to police, Sanderson could be driving a black Nissan Rogue.

Damien Sanderson, the fugitive’s brother and a fellow suspect, was discovered dead on Monday close to the scene of the stabbings. Whether Myles Sanderson murdered his brother is the subject of a police investigation. The brothers are charged with 10 fatalities and 18 injuries.

The assault, which police characterised as one of Canada’s worst in recent years, lacked a clear purpose.

Leaders of the James Smith Cree Nation, where the most of the stabbing assaults occurred, attributed the homicides on the community’s rampant drug and alcohol usage, which they said was a result of Indigenous peoples’ being colonised.

Gloria Lydia Burns, a first responder who was murdered while responding to a call, was the sister of James Smith Cree Nation residents Darryl Burns and Ivor Wayne Burns. Burns said that a crisis response team included his 62-year-old sister.

She went to a residence on a call and became entangled in the fighting, he said. “She had come to assist. She was brave.”
He also blamed colonialism for the widespread drug and alcohol abuse on native communities.

“Three years ago, a murder-suicide occurred in this area. the boyfriend of my granddaughter. We had a double murder last year. Ten more people have died this year as a result of drug and alcohol usage “said Darryl Burns.

He continued, “We have to forget about those guys. “Hard drugs, cocaine, heroin, crystal meth, and other substances like this render you incapable of experiencing. You stab someone because you find it amusing. You chuckle while stabbing them one again.”

Chief Bobby Cameron of the Federation of Sovereign Indigenous Nations said, “This is the destruction we face when harmful illegal drugs invade our communities.

We demand that all authorities take direction from the chiefs and councils and their membership to create safer and healthier communities for our people.

Rhonda Blackmore, the commanding commander of the Saskatchewan Royal Canadian Mounted Police, said that Myles Sanderson has a lengthy and violent criminal history. He was put on a wanted list that Saskatchewan Crime Stoppers released in May, stating that he was “illegally at large.”

Prior to the discovery of Damien Sanderson’s corpse, arrest warrants were filed for both brothers, who each faced at least one count of attempted and murder.

Given that similar crimes are less frequent in Canada than they are in the United States, the stabbing assault was one of the country’s bloodiest mass murders.

In 2020, a man posing as a police officer shot individuals inside their houses and started fires all around the province of Nova Scotia, killing 22 people in the bloodiest gun spree in Canadian history. Ten pedestrians were killed in Toronto in 2019 by a guy using a vehicle.

Although they are less common than mass shootings, deadly mass stabbings do occur sometimes. 29 people were fatally stabbed and slashed in 2014 at a railway station in Kunming, a city in southwest China.

19 persons lost their lives in a mass stabbing that occurred in 2016 at an institution for the mentally challenged in Sagamihara, Japan. A year later, three men murdered eight people in a car and stabbing assault at London Bridge.

At 5:40 on Sunday morning, Saskatchewan police received their first complaint regarding a stabbing. Within minutes, they received numerous more.

According to Blackmore, bodies or injured individuals were discovered in all at 13 different sites both in the town and on the sparsely inhabited reserve. Weldon and James Smith Cree Nation are separated by around 30 kilometres.

Lana Head, Michael Brett Burns’ ex-girlfriend and the mother of their two girls, was one among the ten people that perished.
Burns told the Aboriginal Peoples Television Network, “It’s sick how prison time, drugs, and alcohol can destroy many lives. I’m pained by all of these losses.

One of the victims has been recognised by Weldon locals as elderly widower Wes Petterson, who prepared his coffee each morning at the senior centre. William Works, 47, and his mother Sharon Works, 64, noted that he enjoyed preserving, making jam, and gardening.

William Works described his neighbour as a “kind old guy” and “community first,” adding that he would “give you the clothes off his back if he could.”

The puzzled Sharon Works said: “He was simply a pitiful, defenceless little guy who weighed 100 pounds drenched in blood, so I don’t understand why they would attack someone like him.

Everyone cared for him because of the way he was, even though he had asthma and emphysema and could not breathe.

He gave a damn about other people. They also have concern for him.”

»Knifeman may be near a Saskatchewan Indigenous hamlet, authorities say«