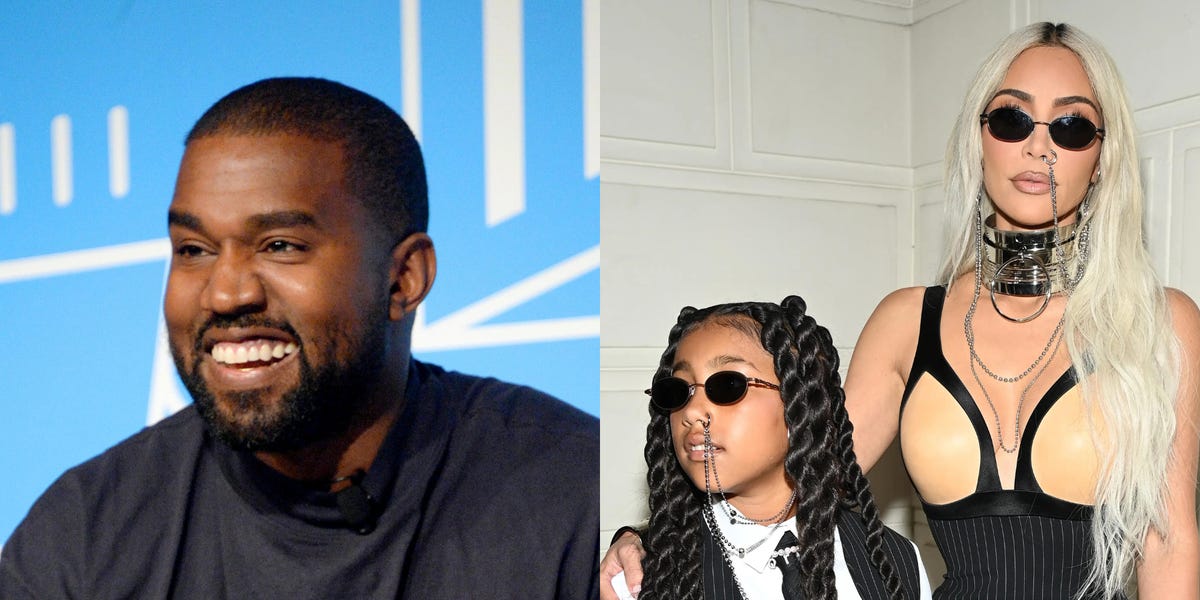 Ye, previously known as Kanye West, claimed to have given his 9-year-old daughter North West advice about the future, including how to safeguard her siblings, family, and family companies.

Ye recently mentioned that he knew his daughter would be a part of the family that made sure that others didn’t take over their companies in an interview with Linsey Davis on ABC News.

“Never allow someone to steal anything from you, I tell her. Be sure to look out for your younger siblings. Protect the family. Never let anybody leave our presence,” Ye claimed to have informed his oldest daughter. I’m really saying this to her because I know she’s one of the family members who will make sure that no one ever steals our business, no one ever takes what Kim and I have achieved with our own companies and the brands we’re now developing.

Ye and Kardashian each own several companies and businesses, from Ye’s clothing and footwear firm Yeezy to Kardashian’s shapewear line Skims. After years of lobbying to be included in Forbes’ Billionaires List, he was officially recognised as a billionaire in April 2020. He is the sole owner of Yeezy, which contributes significantly to his income, as Insider previously revealed.

Kardashian’s estimated net worth is $1.8 billion according to Forbes, which she officially joined in 2021. Forbes claims that Kardashian gets a large portion of her money from Skims and her cosmetics company, KKW Beauty.

The couple’s first child, North West, was born in June 2013. Saint, 6, Chicago, 4, and Psalm, 3, are the other two children whom the couple shares parenting of. Ye has previously expressed public worry over certain parenting choices, including as North West’s use of TikTok.

“I did have to struggle for my voice, but I do have one. I have to go on to Instagram and show up “Ye informed ABC.