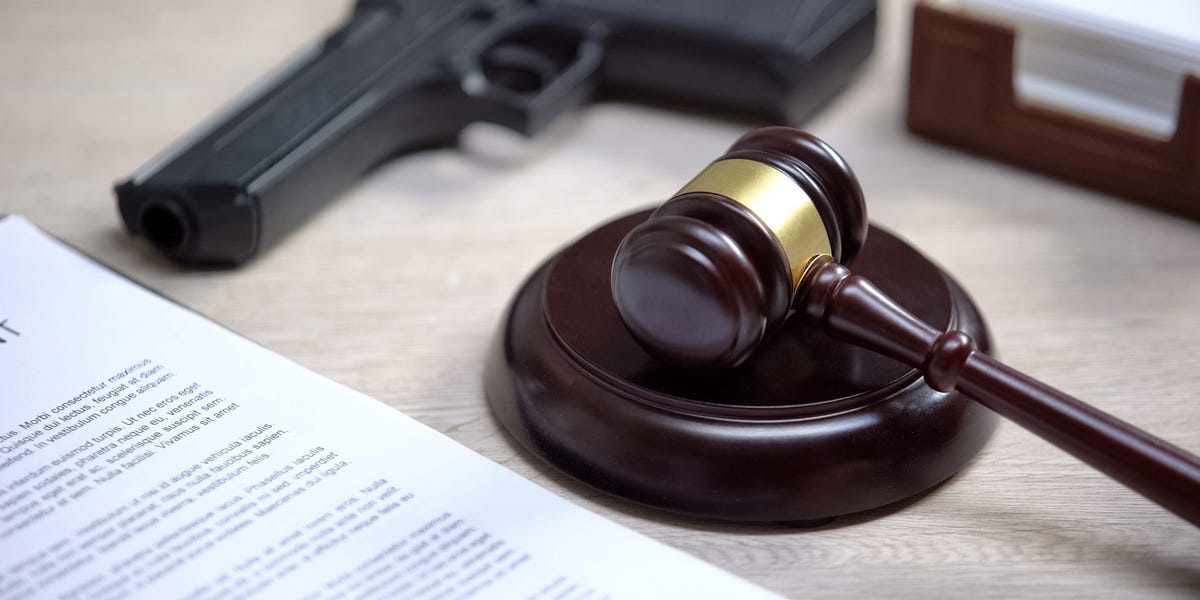 The state’s conduct committee ruled on Thursday that a New York judge who boasted to his colleagues about using a loaded pistol on a Black man inside a courtroom should be removed from office.

According to the New York State Commission on Judicial Conduct, Robert J. Putorti, a non-attorney who has been serving as a town justice in Whitehall, close to Albany, since 2014, took out a semiautomatic pistol while preside over a criminal case in late 2015 or early 2016.

During a 2018 gathering of the Washington County Magistrates Association, Putorti, 52, bragged about the event, according to AP.

According to the commission, the defendant approached the bench “too rapidly” and the officer drew his weapon on what he called a “huge Black guy” and a “big Black man” who was “built like a football player” and “approximately 6 feet 9 inches tall.”

The commission said that the defendant really stood around 6 feet tall and weighed 165 pounds.

In its decision, the panel said that Putorti’s “repeated depiction” of the defendant’s race “troubled” it.

Putorti was obliged to speak with his supervisor about the courthouse incident and subsequently agreed in a counselling document not to ever show, point, or threaten to point a handgun in courtrooms except in reaction to “deadly physical assault,” the commission said.

According to the commission, according to the AP, the supervisor, Glens Falls City Court Judge Gary Hobbs, said that a suspect being “big” or Putorti feeling uneasy would not be sufficient grounds for him to draw his revolver.

According to a Long Island Report story, Putorti allegedly boasted about the courtroom event to his cousin, a Hofstra University journalism student, according to the New York Post. He allegedly detailed in the story aiming his pistol at “someone” who rushed at him.

According to the panel, Putorti’s acts in court showed that he “lacks the proper judicial temperament” and that they “irreparably eroded trust” in his capacity to serve as a judge.

He was also found to have improperly promoted fundraisers for his Elks Lodge, a fraternal organisation, on at least seven times using his personal Facebook account, which “showed his lack of attention to his ethical commitments.”

Ten members of the commission panel agreed to remove Putorti from his position, and nine of them did so. He has 30 days to decide whether to accept the ruling or appeal it to the Court of Appeals.

The courtroom is where threats or acts of gun violence are intended to be addressed, not manufactured, according to the commission’s administrator Robert H. Tembeckjian.

It would be inconceivable for a judge to brandish a firearm in court without cause or provocation if it hadn’t occurred in this particular instance. Then to continually boast about it with unrelated racist insults is wholly unacceptable and contrary to a judge’s function.

On Saturday, Insider contacted Putorti’s lawyer Michael D. Root for comment, but he did not provide any feedback right away.