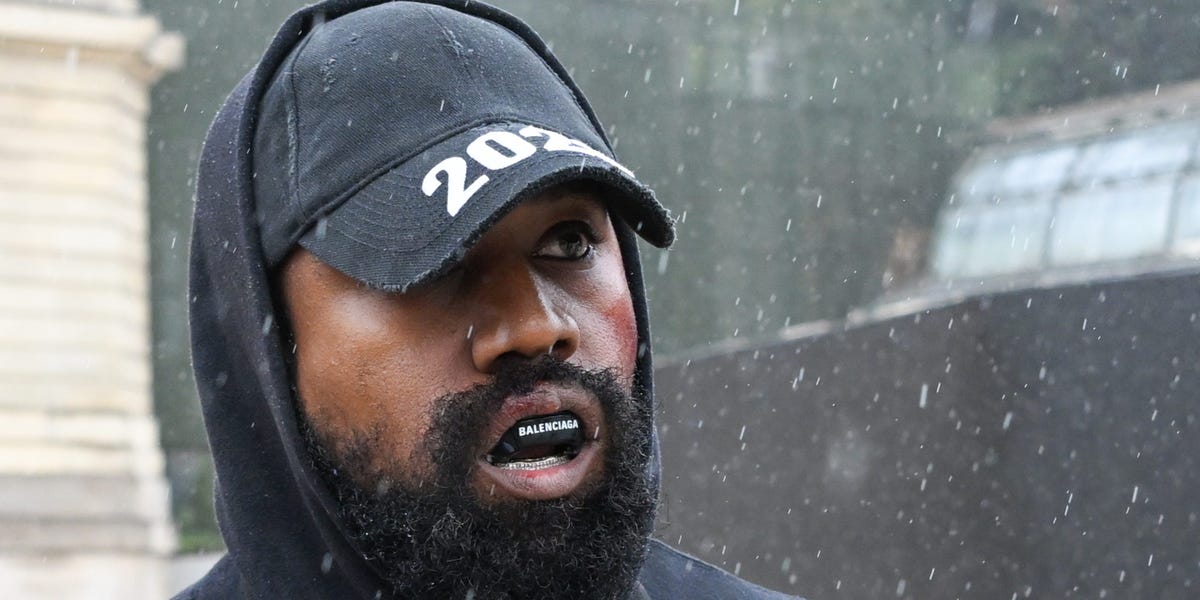 After being seen wearing a “White Lives Matter” shirt at his fashion show in Paris on Monday, Kanye West said that the Black Lives Matter campaign is a “scam.”

Videos from the rapper’s YZYSZN9 fashion presentation during Paris Fashion Week show West and several models wearing shirts with the saying inscribed on the back.

Following the online backlash the scam received, West posted the following on his Instagram Story on Tuesday: “BLACK LIVES MATTER WAS A SCAM, AS EVERYONE KNOWS. IT IS NOW OVER. WE WELCOME YOU.”

Following the killing of George Floyd in 2020, which sparked demonstrations against police brutality throughout America, the Black Lives Matter movement, which had its beginnings on social media in 2013, gained popularity once again.

White nationalist organizations like the Texas-based Aryan Renaissance Society have adopted the term “White Lives Matter” as a slogan, according to the Anti-Defamation League.

The rapper’s daughter North West and Naomi Campbell both took part in the concert, but none wore the contentious T-shirt, according to the Guardian.

Jaden Smith may have attended the performance but departed midway through due to the clothing.

“I Had To Dip Lol,” the musician said in a stream of tweets. “True Leaders Lead. I Don’t Care Who’s It Is If I Don’t Feel The Message I’m Out.”

West has already alienated followers with his political views.

He visited the White House in 2018 while sporting a “MAGA” hat, a piece of apparel often worn by fans of the late president Donald Trump.

Later, he said that wearing the headgear had given him the Superman feeling and that he was backing Trump because they both had “dragon energy.”