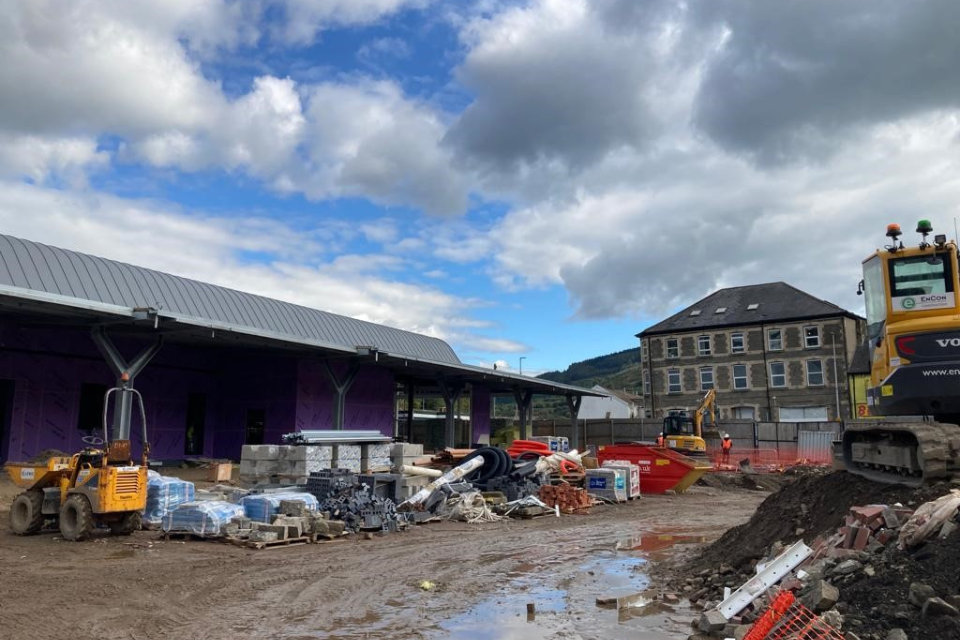 By building a gateway to Porth town center, the Porth Transport Interchange would enhance amenities for bus and train travelers. The plan includes 7 operating bus bays, 2 layover spaces, and EV charging stations.
The project is part of the Metro Plus Programme, a £50 million package of works that will complement the larger South Wales Metro plan, which would change transportation and travel throughout the region.
Through the Cardiff Capital Region City Deal, the UK Government has donated £125 million to the South Wales Metro. Furthermore, the UK Government has provided £3.5 million in Levelling Up Funding to the PorthTransport Interchange project.
David TC Davies, Parliamentary Under Secretary of State for Wales, stated:

It’s exciting to see projects that will benefit the community, its residents, and businesses getting launched. A modern, green, seamless transportation system is critical for job creation and economic growth, and the UK government is happy to contribute to this effort.

The Metro is a multi-million dollar initiative that will integrate rail, bus, cycling, and walking to increase connectivity and make sustainable transport easier in South Wales. The projects range from new park and ride facilities with on-site EV charging to new rail and bus interchanges with safe bike parking and quicker access. In Cardiff, for example, improved infrastructure will allow 20% of commuters to travel by bus by 2030.

Transforming our infrastructure, connectivity, and modes of transportation is important to South East Wales’ sustainability and future success. That is why we are committed to investing in programs like Metro Plus, which play a critical role in achieving this goal. The Porth Transport Hub is an excellent example of a revolutionary program that is altering our region. It is a catalyst for Porth town centre revitalization, bringing together bus and train services for the first time, making public transportation significantly more accessible – and making a meaningful impact to the people of Porth.

Cllr Mark Norris, a member of the RCT Cabinet for Development and Prosperity, said:

Public transportation upgrades are critical to supporting jobs and prosperity in South Wales. The region accounts for over half of Wales’ total economic output and is home to nearly half of the country’s population.
Investing in future-proof infrastructure will have a substantial economic impact, benefiting lives and contributing to the UK Government’s goal of leveling communities.