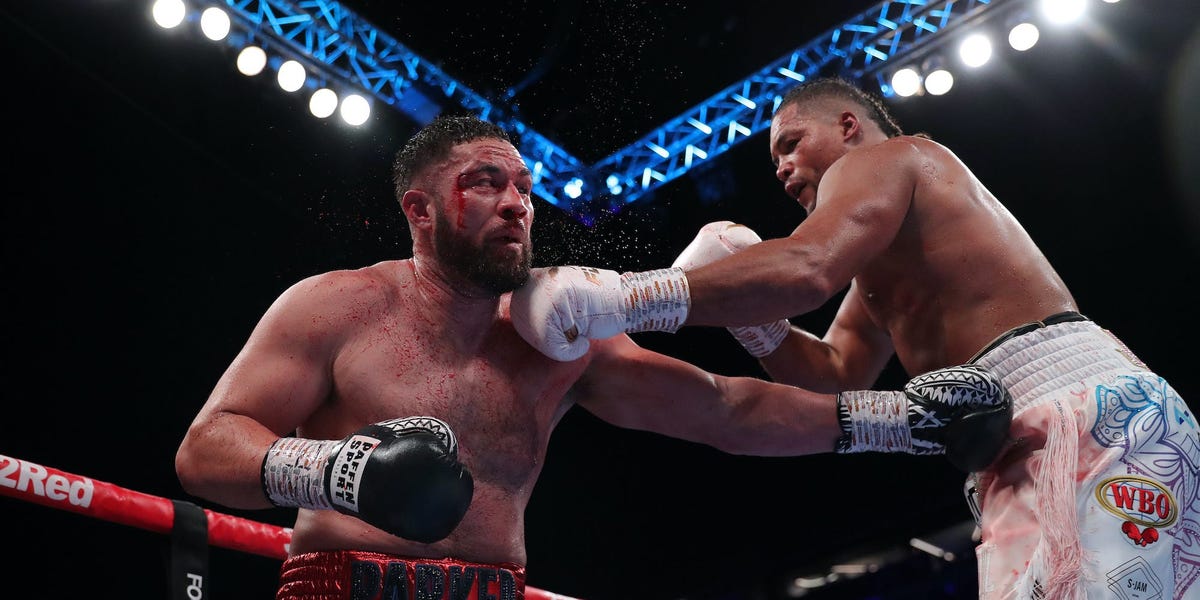 Joe Joyce knocked out Joseph Parker in the eleventh round on Saturday, continuing his steady ascent to the summit of the heavyweight boxing mountain.

The 15th victory of his professional career, Joyce’s victory against Parker at the AO Arena, raises the question of whether Joyce is a top-five heavyweight or whether he has now broken the top three.

According to Compubox statistics provided to Insider, Parker attacked Joyce as hard as he could, connecting on 147 of the 566 blows he tried. In a back-and-forth third round, Parker pummeled the Brit with hook hooks and uppercuts.

Despite punch statistics suggesting otherwise, Joyce’s ability to withstand punches is shown by the fact that he never seemed shaken by Parker’s offensive tools and even departed the ring looking like he’d been scarcely touched.

With his weekend knockout victory, Joyce, a boxing enigma, has now knocked out 14 of his 15 opponents. Joyce doesn’t seem to be very active or strong, yet he delivered 308 of his 844 blows to Parker.

He has a sneaky, brutal, cumulative kind of power that saps people’s strength until they are exhausted.

And only a select few heavyweights in the sport could withstand the left hook he swung at Parker with in the last round.

For any boxer, Joyce would be a tough opponent.

Joyce, 37, has quickly amassed a deceptively impressive resume with victories over Carlos Takam, Bryant Jennings, and Daniel Dubois. The most spectacular thing Joyce has accomplished in professional boxing so far is handing Parker, a former WBO world champion, the most ruthless loss of his career.

With it, he has shown that he is prepared for a world championship fight, maybe against Oleksandr Uysk or Tyson Fury, the undisputed WBA, WBO, and IBF champion.

But there are still interesting fights to be had.

Fighting Deontay Wilder, a concussive puncher, would be like pitting Joyce, an immovable object, against Wilder, an unstoppable force.

The might of Wilder, which has knocked out every opponent he has ever faced, could be what finally causes Joyce to falter.

However, Joyce may finally walk the American down for a late finish of his own if his punch defense can survive Wilder’s blows.