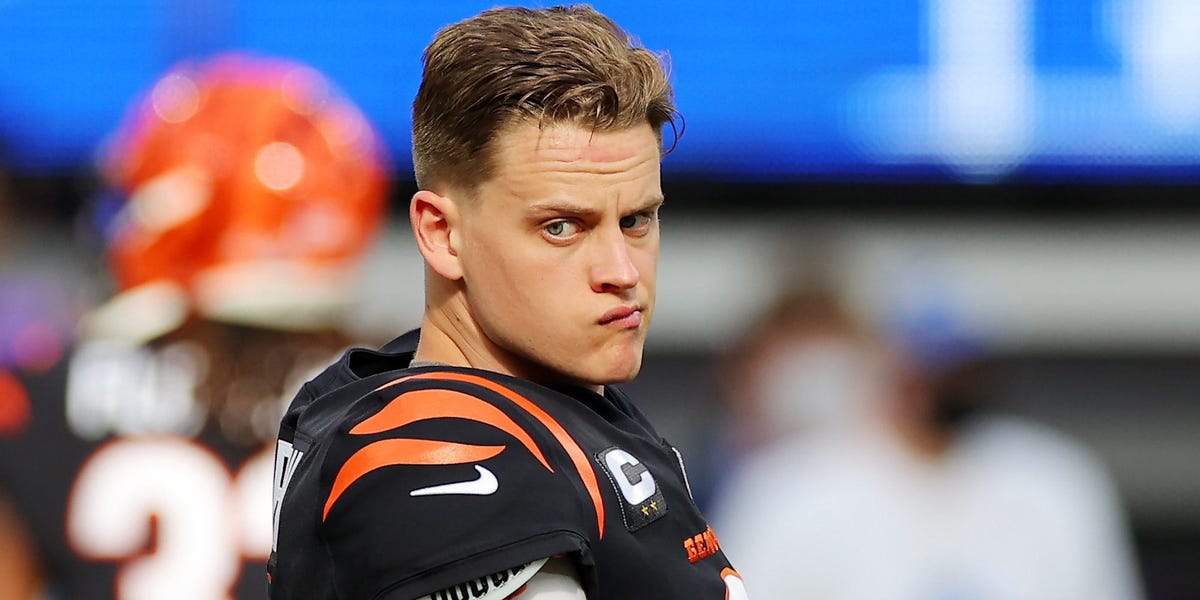 Joe Burrow, the quarterback for the Cincinnati Bengals, wasn’t very impressed by the Super Bowl environment.

Burrow said on “The Colin Cowherd Podcast” that he was taken aback by the energy at SoFi Stadium in February.

Burrow described the Bengals’ loss in Super Bowl LVI, in which they were the entertainment, as feeling like a dinner party.

Because you just won at home in the playoffs for the first time in thirty or so years after playing on the road in Kansas City, Tennessee, and other games. The Super Bowl follows, where it becomes more corporate.

It just took a moment to adjust. It didn’t feel like a football playoff game. Undoubtedly, the first sensation was strange.

Burrow said to Cowherd that he didn’t feel nervous during the game, despite the enormous platform, and attributed this to the weeks of preparation and video study.

The average Super Bowl ticket cost more than $7,000, according to a February 9 Bloomberg article, making it the most expensive Super Bowl ever.

Even while corporate boxes and ticket costs contributed to a calmer mood, this is undoubtedly not what the NFL wants to hear about the greatest athletic event in the country.

The Bengals were defeated by the Los Angeles Rams, 23-20, despite Burrow completing 22 of 33 passes for 263 yards and a score.

Burrow referred to Matthew Stafford, 34, as an undervalued player in the game and expressed his “happiness” to see him win a Super Bowl. He revealed to Cowherd that he had now forgotten about the game.

The 25-year-old Burrow said that he “didn’t speak about it, didn’t worry about it, and tried to move on to this year.”