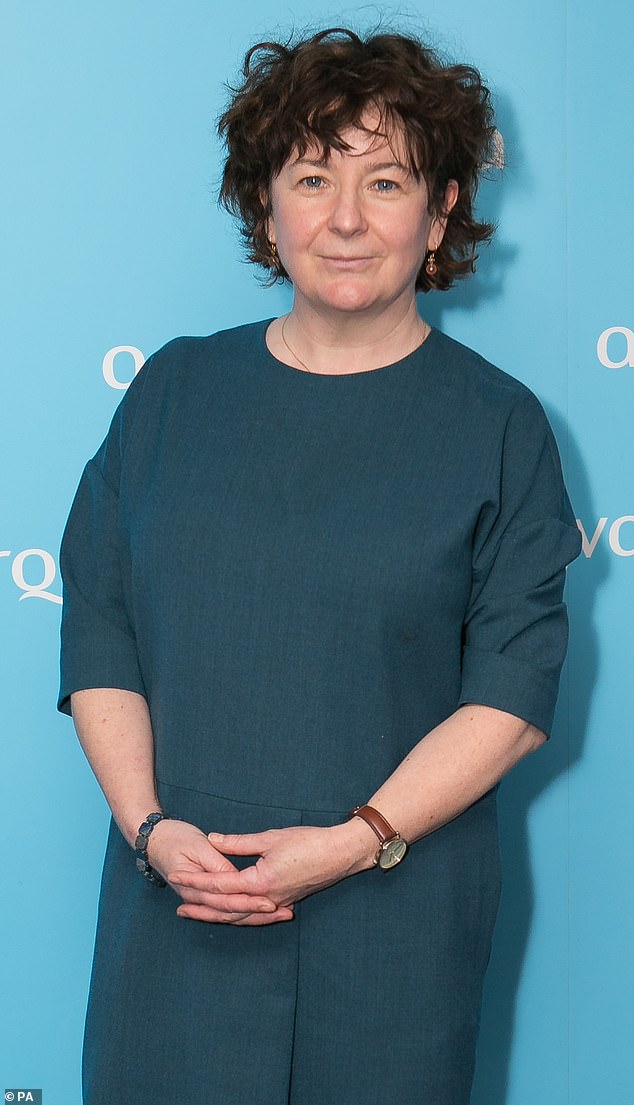 Former Woman’s Hour presenter Jane Garvey has revealed that the BBC gave her an ‘overnight’ pay rise of £40,000 after she kicked up a ‘fuss’ about the corporation’s gender pay gap.

She divulged the information in an interview with fellow former BBC broadcaster Fi Glover, in which both women accused the corporation of not knowing ‘what to do with two middle-aged women’.

The pair hosted the popular BBC Sounds podcast Fortunately but quit for Times Radio this month.

They said they didn’t feel ‘celebrated’ at the BBC and ‘never expected [bosses] to make any effort’ to keep them.

Miss Garvey, 58, hosted Woman’s Hour from 2007 to 2020. In 2017, she voiced her disgust on air at the disparity between the earnings of male and female stars after a list of BBC presenters’ pay was released.

‘All of a sudden I was worth 40 grand a year more, and I got a letter saying, ”We have decided to give you a pay revision”,’ she told the White Wine Question Time podcast.

It meant her salary went up to £121,000 – compared with top-earner Chris Evans, who took home £2.2million in the same year for his Radio 2 show.

The 2017 list of the corporation’s top 96 earners revealed only a third were women, with the top seven all men.

The pair had hosted almost 250 episodes of Fortunately since 2017, which described itself as ‘a frank look behind the scenes with broadcasters as they share stories they probably shouldn’t’.

The popular podcast was downloaded 23 million times and hosted guests such as Claudia Winkleman, Miriam Margolyes and Jeremy Vine.

Glover and Garvey began their new show at Radio Times on October 10.

The podcast hosts were the latest in a huge string of broadcasters to leave the BBC over the past year, sparking fears of a mass exodus of talent from the corporation.

They followed the likes of Andrew Marr, Emily Maitlis and Dan Walker to make their move away from the broadcaster.

Glover, who had been with the BBC for 29 years since starting work with local radio stations in 2003, said that they weren’t leaving in a ‘massive strop’ but that they found a return to ‘solid journalism appealing’.

Garvey added that she was ‘delighted’ to be joining Times Radio after a ‘brilliant time working with the BBC’.

Garvey was the first voice heard on Radio 5 Live when it launched in 1994, becoming co-presenter of its breakfast programme, and presented Radio 4’s Woman’s Hour for 13 years.

Glover said: ‘It’s been an amazing 29 years with the BBC.

Garvey added: ‘I’ve had a brilliant time working for the BBC. Now I’m delighted to be joining the award-winning team at Times Radio.’

Multiple BBC titans have been poached by its biggest radio rival Global, which is home to stars such as Nick Ferrari, Shelagh Fogarty and James O’Brien, and owns stations including LBC and Classic FM.

Offers of large pay rises are said to have swayed the stars away from their former roles at the Beeb.

Earlier this year Andrew Marr left to present new radio shows on LBC and Classic FM after 21 years at the BBC – including 16 years fronting his own Sunday morning political programme.

The 62-year-old said he was ‘keen to get my own voice back’ as the broadcaster’s strict impartiality rules’ were frustrating.

Marr is said to have admitted he was prompted to leave the BBC because of his desire to speak freely on major issues, including climate change and politics.

In May he acknowledged he felt ’10 years younger since leaving the BBC’, where he said he had ’18 layers of grey-faced managers sitting on my shoulders the whole time’ in an interview with Matt Forde’s Political Party podcast.

BBC veterans including Newsnight presenter Emily Maitlis and former BBC North America editor Jon Sopel – who had a combined salary of over £500,000 at the Beeb – also left for Global and now host the Newsagents podcast with Lewis Goodall.

Maitlis had also become ‘frustrated at being ticked-off by BBC bosses over impartiality’.