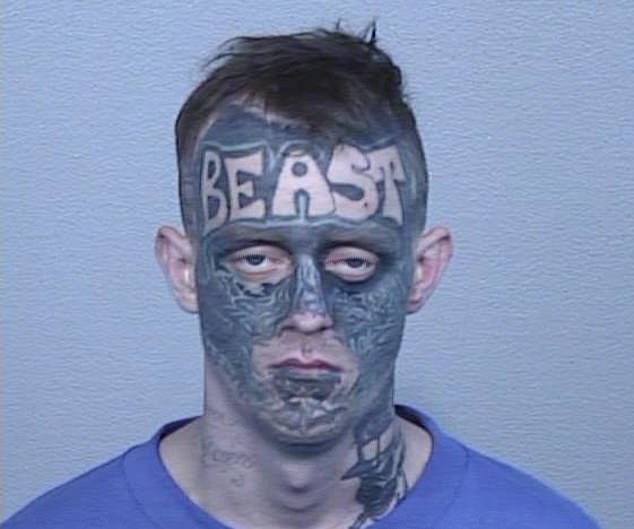 Police are looking for a guy who has the word “BEAST” tattooed over his forehead.

The NSW/Victoria border town of Deniliquin is where Jaimes Sutton, who has tattoos covering every inch of his face, is often seen. He is sought on an outstanding warrant.

Sutton was granted bail after being charged with assault and property damage in connection with domestic abuse.

He had a court appearance scheduled for earlier this month.

Sutton is shown in social media posts sticking up his rude finger and sporting the tattoo, “game over,” on his fingers.

In a another image, he can be seen enjoying a cigarette in his vehicle while covering his face with a bandanna.