Skip to content
Home » News » News » Jaguar driver, 38, who lost control and smashed into a grandmother’s car is jailed for nine months 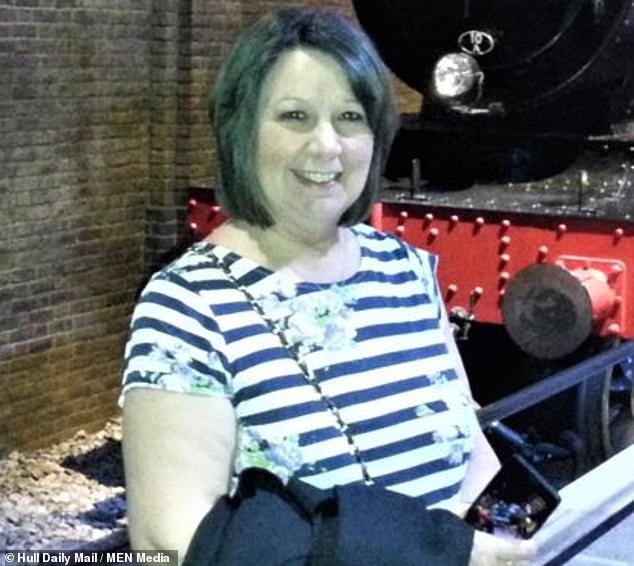 A driver was sentenced to prison for crashing into the vehicle of a beloved grandma while “showing off” in his brand-new Jaguar, which he had purchased the day before.

Ian Leech, 38, was driving his ‘powerful’ three-litre Jaguar XF on August 29, 2020, when he lost control of the vehicle on a left-hand curve in Melton Bottom, East Yorkshire, near Melton.

Leech, who had been speeding minutes before, developed handling issues and drifted into the other lane. It led to a head-on collision with 63-year-old Karen Harrison’s Vauxhall Corsa.

Mrs. Harrison died shortly after her vehicle was ‘totally destroyed’ despite the efforts of officials at the site.

At Hull Crown Court, Leech, of Hessle, East Yorkshire, pled guilty to causing death by careless driving and was sentenced to nine months in prison and a two-year-and-eighteen-week driving restriction.

Ian Leech, 38, of Hessle, East Yorkshire, pled guilty to causing death by careless driving and was sentenced to nine months in prison and a two-year-and-eighteen-week driving suspension.

Mrs. Harrison’s family eulogized the “center of their world” and expressed their great sense of loss.

The prosecutor, Angus MacDonald, stated that Leech had just purchased the Jaguar from a showroom the day prior, and that this “certainly contributed” to the accident because the vehicle was substantially more powerful than his old Honda Civic and he lacked expertise operating it.

He left the Melton industrial estate at approximately 5:50 p.m. and began driving home. The automobile also had a coworker who was being driven home.

The court heard that Leech was’showing off’ in the beginning and ‘putting his foot down’ at some point throughout the ride. As he drove, it became evident that there was an issue with the car’s handling, as it appeared to be “slipping.”

Mr. MacDonald stated that the defendant had difficulty controlling the vehicle previous to the collision.

After 6 p.m., Leech crossed an A63 bridge and approached a sharp left turn at Melton Bottom as he was involved in a crash.

Karen Harrison, a 63-year-old grandmother, died shortly after her car was ‘totally destroyed’ at the site in Melton Bottom, East Yorkshire.

Mrs. Harrison was traveling towards Melton in the opposite direction. Out of the turn, Leech’s automobile drifted across the center line and onto the opposite side of the road. The tires of his out-of-control vehicle shrieked.

Mr. McDonald observed how the passenger ‘closed his eyes and there was a huge blast,’ sending the Jaguar into a left-hand spin. Mrs. Harrison’s car veered off the road and onto a berm.

Both vehicles were severely damaged. The Jaguar stopped on the roadway, but the Corsa wound up in a field.

In the moments preceding the accident, Leech had been traveling between 64.8mph and 54.9mph, but he was below 50mph at the time of the collision. The two rear tires were considerably underinflated, but the primary cause of the accident was his usage of full power just prior to impact. The roadways were also moist due to prior precipitation.

Leech had nine prior convictions dating back to 2003, including two for driving under the influence of alcohol in 2005 and 2006, driving while disqualified in 2006, violating a community order in 2007 and an act of violence in 2008.

Richard Thompson, in mitigation, stated that the catastrophe had a “deep and terrible effect” on Mrs. Harrison’s family and friends. Mr. Thompson stated that the defendant wishes to apologize to individuals who have been personally touched by his driving.

Mr. Thompson stated that Leech had exhibited genuine sorrow, stating in a letter that he wanted to demonstrate his “utmost regret for the sad incident in which I was involved.”

He stated that he had experienced “numbness and anguish,” but acknowledged that this was “a fraction of what others had endured.”

He stated, “If I could reverse the events of that evening, I would.” I extend my most heartfelt apologies to everyone involved.

Leech, a father of two, acknowledged that his inexperience with the vehicle and his failure to act when he noticed an issue contributed to the disaster.

Regarding the underinflated tyres, Mr. Thompson inquired, “Who in [Leech’s] position would have bothered to check the tyre pressures the day after purchasing the vehicle?”

Mr. Thompson remarked, “He must accept the consequences of his actions.” Leech had a lengthy job history, but he had not been employed since August, when he received an interim driving restriction at a court hearing.

Judge Mark Bury stated to Leech, “The collision was especially severe.” Both vehicles were severely damaged. Karen Harrison’s car ran off the road and into a field adjacent to it. Her vehicle was “totally destroyed” in the accident.

Judge Bury stated, “In reality, the collision was not survivable, and Karen did not survive.” She was a’much-adored’ woman with two children and four grandchildren who all ‘adored’ her.

She was a “turning moment” in their family, and they had all endured “unimaginable anguish” since her death and continued to do so. Judge Bury stated that no punishment he gave could “bring Karen back to life” or alleviate the family’s anguish.

Judge Bury stated, “This is a severe case of its kind.” You were unaware of the vehicle’s performance. Leech was aware that the vehicle had roadholding issues, but he did not stop to see if anything could be done and did not get the tyre pressures checked at an A63 gas station.

Judge Bury stated, “You knew there was a problem with the car, yet you persisted to drive it at or over the speed limit when you should have been driving far more gently.”

“Karen and her husband had hoped to spend meaningful time with their family and grandchildren as well as travel upon their retirement, but none of this has materialized. The family is consumed with grief. The circumstances and consequences of the driving are such that only an immediate jail sentence can be imposed.’

As Leech was being led away, he signaled to three supporters in the public gallery as he descended from the secure dock to the cells.

»Jaguar driver, 38, who lost control and smashed into a grandmother’s car is jailed for nine months«