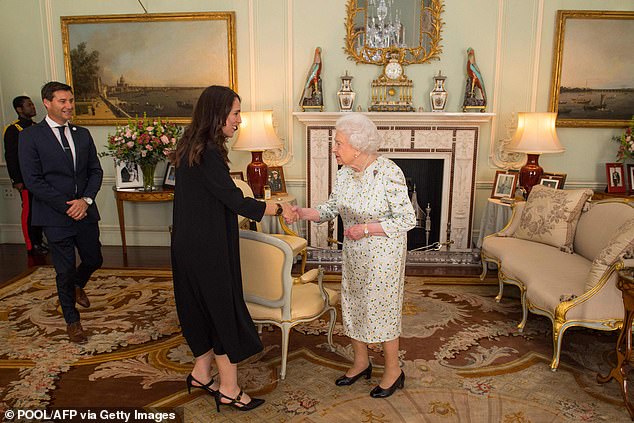 When Jacinda Ardern sought the Queen for guidance on how to balance being a mother and a leader, she said, “You simply get on with it.”

When the New Zealand prime minister saw the Queen in 2018, she was expecting her one and only child.

A few months later, she became only the second elected leader to give birth to her daughter Neve while in office.

When the Queen and Miss Ardern first met, the 42-year-old New Zealander claimed she inquired about how she balanced being a mother and a leader on the BBC’s Sunday With Laura Kuenssberg program. Being a new prime minister and a mother were two things that were on her mind, she said.

I asked her, “How did you do?” And she reportedly answered, “Well, you just go on with it,” in my memory. And to be honest, it was probably the most accurate and greatest advice I could have received. You simply take each day as it comes, she said. The Queen did as well. But I have so much respect for her because she did it more often than I did and I now understand what it takes to be a mother and a leader.

The Queen gave birth to Andrew and Edward as a reigning queen in the 1960s after having two children, Charles and Anne, before ascending to the throne in 1952.

Only one other elected official—former Pakistani Prime Minister Benazir Bhutto—had a child while in government.

»Jacinda Ardern asked the Queen for parenting and leadership advice«