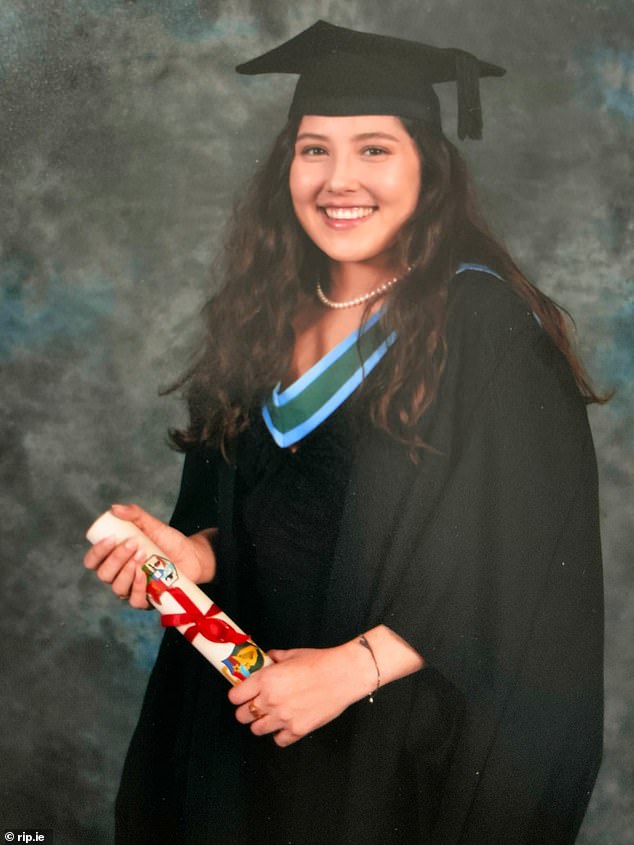 An Irish woman died after becoming gravely unwell in Japan due to a severe allergic reaction to coffee.

Aika Doheny, a resident of Kilkenny in southeast Ireland, passed suddenly on October 20 in St. James hospital in Dublin.

The daughter of an Irish father and Japanese mother was visiting relatives in Tokyo when she ingested a coffee believed to contain soy and experienced an instant allergic response.

She self-administered an Epipen to combat the allergy, but it had little impact, and she was transported to a hospital in the Japanese capital and placed in intensive care.

Doctors were able to stabilize her condition, and the decision was made to fly Aika home on a medical plane.

However, her condition deteriorated upon arriving in Ireland, and physicians were unable to revive her.

Aika, in her twenties, was a research assistant at the University of Galway while pursuing a master’s degree in biomedical science.

An online obituary for Aika read as follows: ‘Aika Caoimhe, beloved daughter of Mayumi and the late Paul and cherished sister of Paul Makoto and Cian Takuya, [is] sadly missed by her heartbroken mother and brothers, grandmother Sachiko Wakao (Tokyo), aunts, uncles, cousins in Ireland, Japan, and the United States, extended family, neighbours, and her many friends.

On Saturday, a funeral mass for Aika will be held in her hometown of Kilkenny.

Within minutes, anaphylaxis, also known as anaphylactic shock, can be fatal.

It is a severe and potentially fatal reaction to an allergen or other cause.

The reaction is frequently provoked by certain foods, such as peanuts and shellfish.

However, certain medications, bee stings, and condom latex can also cause the potentially fatal reaction.

According to the NHS, it is caused by an overreaction of the immune system to a trigger.

Symptoms include:  dizziness or faintness, difficulty breathing (such as rapid, shallow breathing), wheezing, a rapid heartbeat, cold skin, confusion and anxiety, and collapsing or losing consciousness.