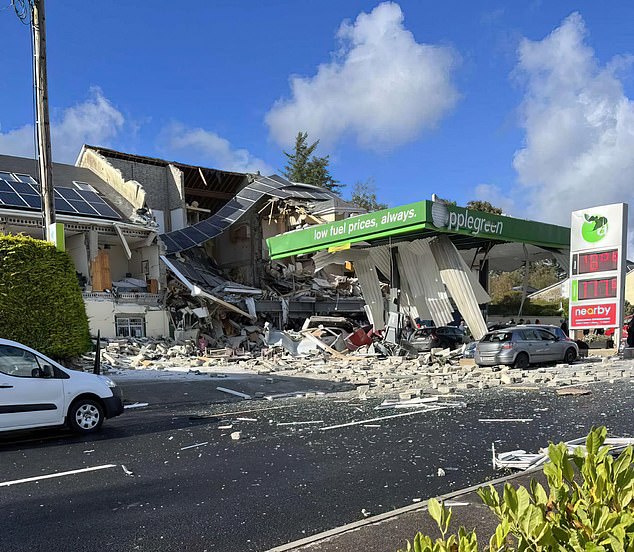 This evening, an explosion destroyed a gas station in northwest Ireland, prompting emergency personnel to hurry there.

The explosion at Applegreen Creeslough in County Donegal is likely to have gravely harmed a number of persons.

According to local politician John O’Donnell, there was a “huge explosion” and the sight was “total devastation.”

Homes above the Ulster gas station and convenience shop could be seen with holes where the bomb had occurred.

The National Ambulance Service (NAS) and the local Garda police warned residents to stay away from the area.

A chopper carrying emergency personnel also flew to the scene.

According to RTE, some persons have suffered “severe injuries.”

A number of ambulances are on the scene of a major incident at a service station in Creeslough, County Donegal, according to the NAS.

Please stay away from this location right now if you can.

“The Mulroy Coast Guard crew and the Sligo-based Coast Guard Helicopter Rescue 118 are aiding the operation.”