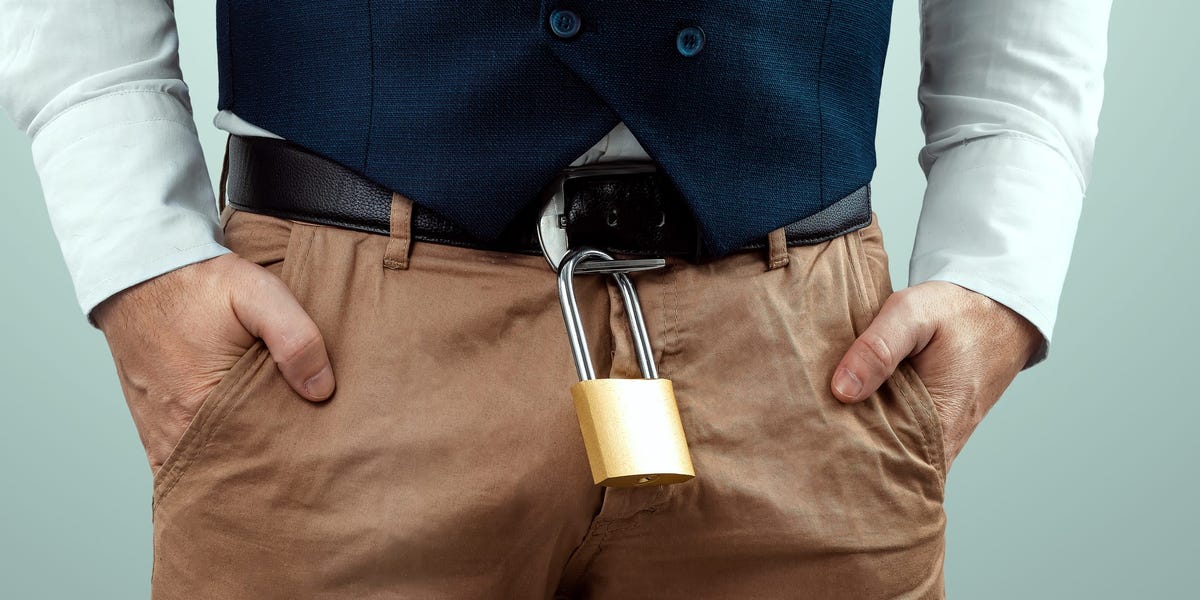 While many persons with penises appreciate the sensation and release experienced during an orgasmic encounter, other penis-owners actively avoid ejaculating.

Numerous celebrities have advocated for semen retention, including rapper Joey Badass and Love is Blind contestant Andrew Liu, who referred to the practice as “sexual kung fu” on the show.

Although this concept may seem novel to you, it has existed since antiquity. For instance, ancient Indians regarded semen as a valuable substance and viewed its loss as a threat to their health.

Today, while reading Reddit or TikTok, you may encounter individuals who are enthusiastic about semen retention and claim that postponing ejaculation has provided them with health benefits –– but is there scientific evidence to support this?

Here’s everything you need to know about the potential benefits and hazards of sperm retention.

What is sperm storage?

Dr. Justin Dubin, a men’s health specialist and urologist at Memorial Healthcare System, defines semen retention as the prevention of ejaculation, either by abstaining from sexual activity or cutting it short prior to orgasm.

Dr. David Shin, chief of the Center for Sexual Health & Fertility in the Department of Urology at Hackensack University Medical Center, explains that the concept of edging is to stop sexual activity before ejaculating.

In certain cases of edging, the individual or their partner will finally ejaculate, however in cases of semen retention, ejaculation never takes place.

Are there advantages to sperm storage?

According to Dubin, social networking provides a multitude of supposed physical benefits, such as improved overall health, increased fertility, and increased testosterone levels.

The issue with these claims is that they are anecdotal, and there is a great deal of false information online regarding men’s health issues such as semen retention.

In a recent study examining the popularity and accuracy of men’s health subjects on social media, Dubin discovered that semen retention was the most popular and least accurate topic on TikTok. Unsurprisingly, the majority of individuals promoting the advantages of edging are not medical professionals.

There is little data to support any of the grand claims made regarding improved bodily and mental health. Studies indicating a possible increase in testosterone levels due to retained sperm are dated (from the early 2000s) and have limited sample sizes. According to Dubin, these studies are insufficient proof.

The retention of sperm is not always harmful, although there are possible dangers.

“Failure to ejaculate can cause testicular pain, discomfort, heaviness, or soreness, which is known as ‘blue balls’ or ‘epididymal hypertension,'” explains Shin. However, contrary to popular belief, this does not put you in danger or increase your risk for any health concerns.

According to Dubin, keeping your sperm and allowing it to remain stationary for an extended period of time may damage its quality. This is primarily of importance if you are attempting to conceive.

Dubin adds that by denying oneself ejaculation, you forfeit the physiological benefits of having an orgasm, such as stress alleviation and the production of feel-good chemicals such as endorphins, serotonin, and oxytocin.

There is significantly more studies supporting the benefits of orgasms than those of abstaining.

How to exercise sperm retention

Keeping in mind that there is no solid scientific basis for semen retention, here are two ways to practice it nonetheless:

1. Dubin notes that the “Pause and Squeeze” method is often recommended for guys with premature ejaculation who wish to remain in bed longer. Once you feel yourself approaching climax, you stop the stimulation and squeeze your penis for several seconds until the sensation subsides.

2. This method involves performing kegel exercises. Shin explains that when you feel near to ejaculating, you should cease the stimulation and execute kegels, which include contracting the muscles used to halt ejaculation in midstream, keeping the contraction for a few seconds, and then relaxing.

Ultimately, Dubin and Shin agree that there is insufficient empirical data to demonstrate that semen retention has definitive benefits.