Skip to content
Home » News » News » In odd post, Trump advises American Jews to “get your act together and appreciate what they have.” 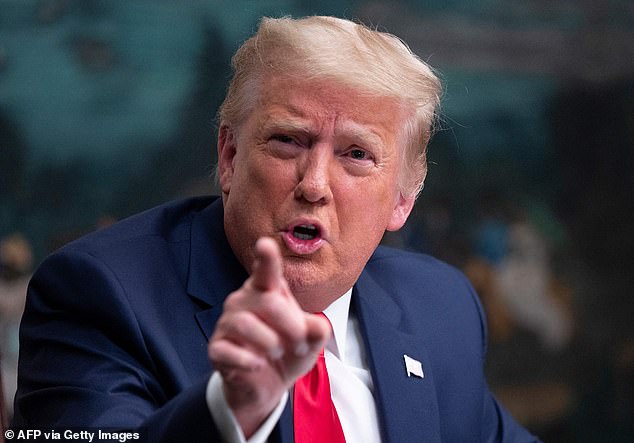 Sunday morning, Donald Trump attacked the American Jewish population for not being’more appreciative’ of his administration’s cooperation with Israel.

The former president asserted that he was so popular in the country that he may become the next prime minister.

It follows the removal of a prominent ally, musician Ye formerly known as Kanye West, from Instagram and Twitter for a series of anti-Semitic remarks.

“I have done more for Israel than any other president. Surprisingly, our fantastic Evangelicals are significantly more thankful of this than Jewish folks, particularly those living in the United States,’ Trump remarked on his Truth Social app.

“Those who reside in Israel, however, are a different story – Highest approval rating in the world, could easily be Prime Minister!”

Before it is too late, he concluded, “American Jews must get their act together and appreciate what they have in Israel.”

Trump has made similar religiously divisive remarks, including in 2019 when he dubbed Democrat-supporting American Jewish people ‘disloyal.’

In addition, he was criticized in December 2021 when he told Israeli-based writer Barak Ravid for his book that it was “dangerous” that more American Jews on the left did not support Israel, again using the “Evangelical” parallel.

According to Ravid, Trump stated, “This is a very dangerous development.”

There are Jewish people in our country who no longer love Israel. I’ll tell you, the evangelical Christians in this nation love Israel more than the Jews.

The remarks prompted reaction from civil rights organizations such as the Anti-Defamation League.

Although hardly a new feeling, Trump’s Sunday morning outburst comes amid a disturbing increase in threats and violence against vulnerable populations.

A fresh wave of anti-Semitism in the United States has caused synagogues and other Jewish community institutions across to be on high alert.

Last week, rapper Ye posted that he would go “death con 3” on Jewish people, which led to his removal from Twitter.

Conservative commentators and extremists rushed to his rescue, alleging he was silenced for expressing his right to free speech.

»In odd post, Trump advises American Jews to “get your act together and appreciate what they have.”«