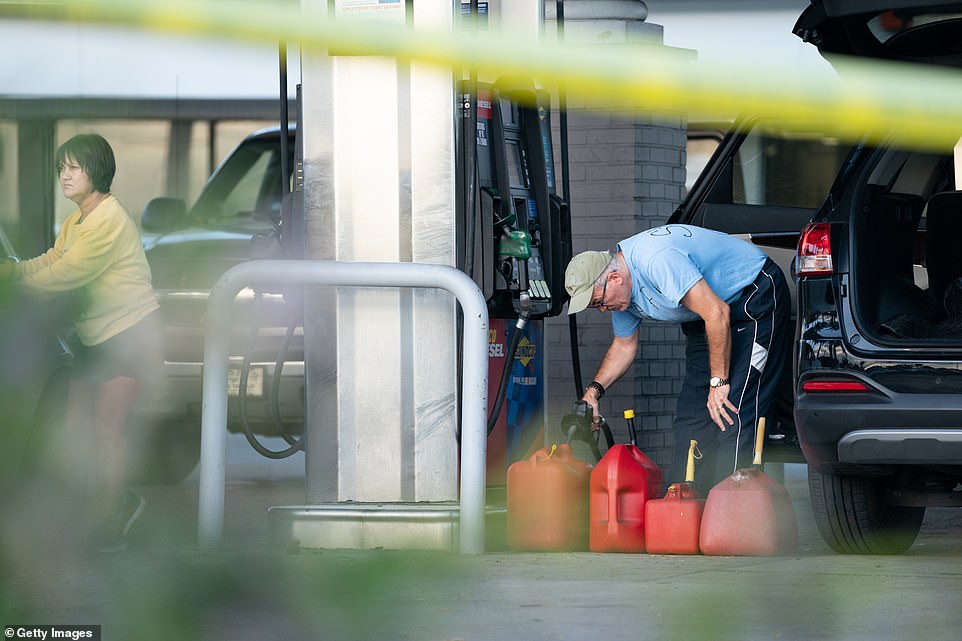 As 10,000 people continue to stay in shelters amid ongoing power outages as locals wait in six-hour long queues for fuel, recovery from Hurricane Ian seems to be far off for southern Floridians.

Experts now anticipate that the recovery from the tragedy in Florida, as well as in North and South Carolina, would cost tens of billions of dollars as search operations continue for people who may have died in the hurricane and others who were left stranded.

NBC News says that according to authorities, 77 people have died as a result of the hurricane in Florida and North Carolina, the majority of whom resided in Florida’s Lee County, which took the brunt of the storm’s impact when it made landfall on Wednesday.

Arguments over who got to the petrol pumps first are already erupting at nearby gas stations, and locals are congregating at Wal-Marts to charge their phones.

That afternoon, Ian made a disastrous landfall on Florida’s Gulf Coast as a Category 4 hurricane with gusts that might reach 150 mph.

Since then, Ian has weakened into a post-tropical cyclone that is continually losing strength. By Saturday night, the National Hurricane Center has lifted all watches and warnings associated with the weather system.

Even as’major to historic flooding’ was expected to continue in central Florida, the NHC warned that extra heavy rains was anticipated throughout sections of West Virginia and western Maryland until Sunday morning.

Officials said that some of the worst damage was caused by furious wind-driven ocean surge that raced into beachside villages and swept structures away as the full extent of the destruction became more apparent days after Ian hit.

The National Oceanic and Atmospheric Administration’s satellite photographs revealed that storm surges had completely destroyed beach homes and a hotel that bordered the coasts of Florida’s Sanibel Island. Even while the majority of houses looked to still be intact, all of them had obvious roof damage.

The barrier island, a well-liked vacation destination with 6,000 people, was completely destroyed, from its infrastructure to its renownedly exquisite visual aspect, according to surveys conducted on the ground.

The whole thing is basically gone, said Dana Souza, the municipal manager of Sanibel. “Our public water supply is under evaluation,” the statement reads. “Our sewage infrastructure has been severely damaged.”

Breach of Sanibel’s causeway bridge removed the island’s connection to the mainland, hampering recovery work even more, according to Souza.

As state and federal authorities continue to collect dead and stranded residents, officials said on Saturday that over 10,000 individuals in the state are still staying in shelters after leaving their homes.

According to them, the first stage of rescuing storm victims has mostly ended at this time, and the overwhelming majority of rescues are from those who have been left trapped on the barrier islands, according to Miami Herald.

However, several inhabitants of Matalcha and Sanibel Island have attempted to return home, only to discover that they are uninhabitable due to a lack of infrastructure and water.

US Coast Guard Rear Admiral Brendan McPherson stated, “I believe after camping out there after a night or two, they’re recognizing that that’s not a feasible choice.” He said, “The government is trying to bring these folks to safety and place them in a stable area to reunify them with their families.”

“And afterwards, I’m certain that the state will carry out the difficult task of recovery with the assistance of FEMA.”

But according to PowerOutage.us, which records power outages nationwide, as of Sunday, more than 837,000 people in the Sunshine State were still without electricity.

In southwest Florida, ongoing water issues make it difficult for individuals to go back home.

Ed Madden, who opted not to remain at a shelter after his mobile home saw a storm surge of 10 feet of saltwater, is one of many still stuck in the storm’s aftermath.

He described the mobile home he has called home for nine years at the base of the bridge leading to Fort Myers Beach as being “ruined” and “there is nothing left.”

To be really honest, I have no idea where I’m heading. I haven’t given it that much consideration.

It is still too early for FEMA to decide what kinds of transitional housing programs it will start, according to the agency.

The US Coast Guard is still looking for storm-related refugees in the meanwhile.

Since the hurricane made landfall last week, it has already saved roughly 400 humans and 100 dogs, which is just a small portion of the 4,000 expected rescues by all helping organizations at the municipal and federal levels.

16 of the 23 Cuban refugees who vanished after their boat overturned early on Wednesday morning as a Category 4 storm neared Key West are still being sought for.

Two corpses have since been discovered floating in the Upper Keys’ waters.

More remains were discovered floating in the vicinity, according to the Monroe County Sheriff’s Office, but police claimed they were unable to establish if those people were a member of the group.

Ian regained hurricane power and battered coastal South Carolina on Friday, washing ashore near Georgetown, north of the historic port city of Charleston, with sustained gusts of 85 mph. Ian had weakened to a tropical storm by the conclusion of its march from Florida to the Atlantic (140 kph).

A number of piers were destroyed there, and several roads were inundated and obstructed by falling trees.

Authorities were busy looking for the missing even as they dealt with a stunning quantity of utility repairs and debris cleanup.

According to Florida’s emergency management director, as of Friday, almost 10,000 individuals were reported missing there. He predicted that many of them had simply been dispersed and rendered inaccessible by phone and power disruptions.

On Sanibel, rescuers were only reaching the severely damaged east end of the island on Saturday; as a result, the city manager, Souza, said, “our scenario is that we’re still in the search-and-rescue phase.”

Nearly 300 houses that failed to evacuate the island as the hurricane approached were known to city authorities, and their locations and well-being are now being investigated, he added.

In Florida alone, where more than 2 million people lost electricity the first night of the hurricane, over 996,000 businesses and households were still without energy as of late Saturday night.

In central Florida, major flooding from runoff and rivers that had been swelled by rain seemed to be far more widespread than wind damage.

According to U.S. property data and analytics firm CoreLogic, insurers were preparing for between $28 billion and $47 billion in claims from what might end up being the biggest Florida disaster since Hurricane Andrew in 1992.