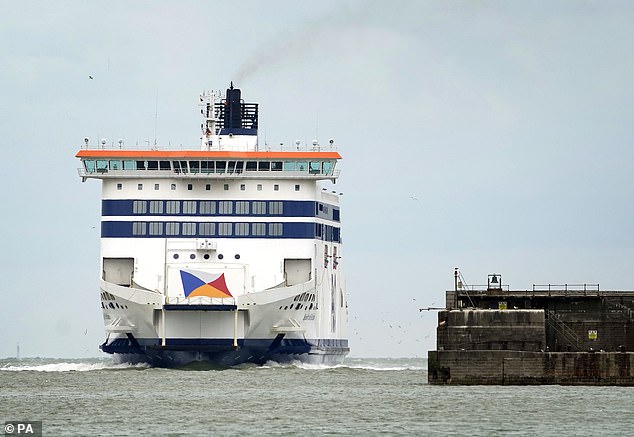 The sole P&O Ferries seafarer to file a lawsuit against the company after the abrupt termination of 800 employees has received a compensation that is significantly larger than what he was first promised.

The 40-year-old John Lansdown obtained an out-of-court settlement, said to be in the five-figure range, after suing P&O for wrongful dismissal.

The company made a total payment of £36.5 million to the employees it abruptly let go after finding cheaper agency workers to take their place.

Except for Mr. Lansdown, all of the employees took the redundancy payout, which varied depending on how long they had worked for the firm. In doing so, they gave away their rights to sue the employer.

At the time, reports claimed that no employee would get less than £15,000, and that more than 40 people would receive compensation of at least £10,000.

However, Mr. Lansdown, a sous-chef from Kent who worked on cross-Channel routes, declined since he would only have accepted his £30,827 yearly wage.

After 15 years with P&O Ferries, he was fired in March while working aboard The Pride of Canterbury on the Dover to Calais route, where he had initially joined the firm as a 16-year-old trainee.

When the long-term employee was informed of his immediate termination “out of the blue and without any previous consultation,” he was forced to leave his possessions behind and was marched off the ship.

He claims that handcuffed, balaclava-clad private security personnel were recruited to remove employees who refused to leave the vessels.

Instead of taking the pay-off like the other employees, he filed a lawsuit with the employment tribunal accusing the company of unfair dismissal, which resulted in his historic triumph.

After a six-month court struggle, the corporation acknowledged that Mr. Lansdown was fired without consulting anybody and that this made his dismissal unjust.

However, there is a little catch to the settlement: Mr. Lansdown agreed to keep the amount given to him a secret. It is believed to be far greater than the pay-off he rejected.

The money will be given by Mr. Lansdown to the Sailors’ Children’s Society, which aids families all around the UK.

My legal action was never about the money, he said. It was about justice and making P & O responsible for breaking the law when they believed they could get away with it.

“I rejected their unfair offer and the gag order they had terminated employees sign back in March.

They basically responded, “It’s a fair cop guv,” since they had to go before an employment tribunal in which they had little chance of prevailing. hands raised You were wrongfully fired by us.

The moral win is this. Not only is it crucial for me, but also for British workers as a whole.

They completely upended our lives. This serves as a warning to dishonest employers that people won’t take this situation lying down.

We won’t tolerate being treated in this way or having our employment taken away from us arbitrarily.

Agency workers took the role of the mostly British workforce of P&O, which is controlled by the maritime behemoth DP World located in Dubai.

Due to a flaw in employment law, many of the agency employees brought in to replace the existing personnel were paid less than the minimum wage.

The company’s actions sparked significant criticism, and both the Archbishop of Canterbury and political figures condemned them.

Peter Hebblethwaite, the CEO of P&O Ferries, previously told MPs that he had breached the law by firing 800 employees without giving them advance notice or consulting their unions, but he said he would do it again if necessary.

At the time, he said that no union would have supported the proposal and that paying employees “in full” was simpler.

The Dover-based Conservative MP Natalie Elphicke is urging the Insolvency Service to file disqualification charges against the directors of P&O.