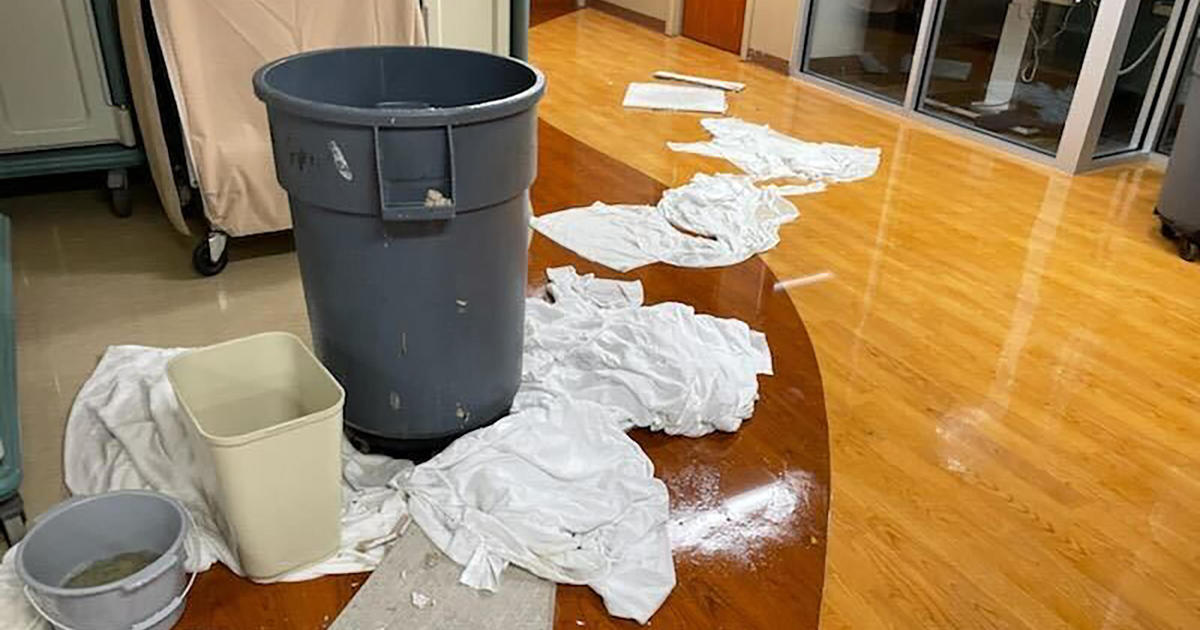 On September 28, 2022, a photo released by Dr. Birgit Bodine shows various containers and garments soaking up floodwater near rubble near HCA Florida Fawcett Hospital in Port Charlotte, Florida. According to Bodine, who works at the hospital, Hurricane Ian flooded the Florida hospital from above and below, with the storm surge flooding the emergency room on the lower level and powerful winds ripping a portion of the roof off the intensive care unit on the fourth story. Dr. Birgit Bodine via AP

According to a doctor who works at the hospital, Hurricane Ian flooded a Florida hospital from above and below, with the storm surge flooding the emergency room on the hospital’s lower level and powerful winds ripping part of the roof off the intensive care unit on the hospital’s fourth story.

Dr. Birgit Bodine spent the night at the HCA Florida Fawcett Hospital in Port Charlotte, knowing that the hurricane would make things busy. However, “we had no idea that the roof of the fourth floor would fly off,” she added.

Wednesday, water poured down from above onto the intensive care unit, prompting staff to move the hospital’s sickest patients, including several on ventilators, to other floors. Employees turned to towels and plastic buckets in an attempt to mop up the soaked mess.

The medium-sized hospital has four levels, but due of the damage, only two were accessible to patients.

Bodine intended to spend another night in the hospital, as the impending storm could make his injuries worse.

She stated, “At this time, we do not know where to place the incoming ambulances in the hospital.” Because we’ve multiplied by two and three

Bodine reported that the majority of patients have been understanding and optimistic despite the influx.

“For us, even if everything is terrible and we’re fatigued, all that matters is that our patients do well and no one dies or has a bad outcome,” Bodine added.