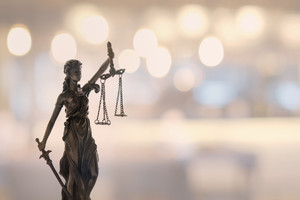 barristers and government commit to working together to reduce the backlog

Criminal barristers have agreed to vote on ending strike action to get justice moving for victims following discussions with Lord Chancellor and Secretary of State for Justice, Rt Hon Brandon Lewis MP.

The Criminal Bar Association will re-ballot members following meetings with the Lord Chancellor and his decision to offer a package of further reforms and fee uplifts to criminal legal aid.

This represents further investment of £54 million in the criminal bar and solicitors.

A planned 15 percent fee increase for criminal barristers will now apply to the vast majority of cases currently in the Crown Court. This will also apply to fee increases for solicitors and is part of a wider package of proposals announced by the government today (29 September 2022) to help tackle the court backlog.

As part of the proposals, the Criminal Bar Association and Bar Council have also committed to working together with the government to reduce the courts backlog and increasing diversity among barristers.

Measures designed to reduce delays for victims, such as increasing early resolution of cases, reducing the number of ineffective trials and progressing cases between magistrates’ courts and the Crown Court, will be explored.

I greatly value the criminal bar and solicitors and the work they do every day in our Crown and Magistrates Courts. They are crucial to reducing the backlog.

My priority in these discussions has been to ensure that victims aren’t forced to wait longer to see justice done.

These are generous proposals, and I would strongly urge all members of the Criminal Bar Association to consider carefully, end their strike and work with me to deliver better outcomes for victims of crime.

The Ministry of Justice will make £3 million of funding available for case preparation like written work and special preparation.

A further 4 million will be allocated to defence barristers involved in pre-recorded cross-examinations, which are used to reduce the trauma of a trial for vulnerable victims and witnesses.

The Ministry of Justice is also proposing a £5 million uplift per year for fees in the youth court, from the 2024/25 financial year, expected to benefit both solicitors and some junior barristers.

This Advisory Board on Criminal Legal Aid reform will hold its first meeting in October, to discuss future proposals to improve the system for legal professionals and victims in a constructive way.

Further uplifts for solicitors will be announced in the weeks ahead.