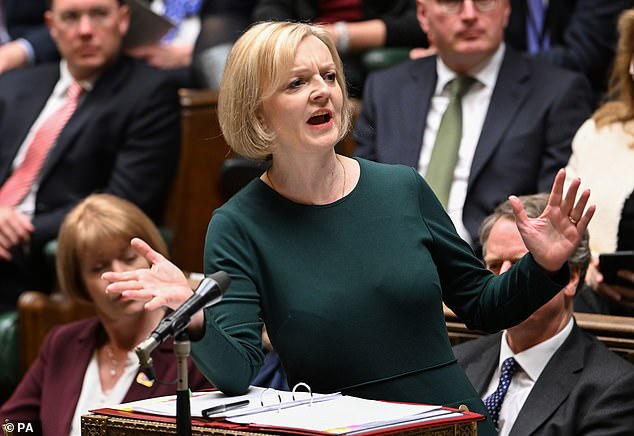 A blame game has erupted after the government abandoned a month-end goal for concluding a trade agreement with India.

Ministers had planned to achieve a deal with New Delhi before Diwali on October 24.

The Secretary of International Trade, Kemi Badenoch, has now announced that negotiators are no longer striving to reach an agreement by that date.

India has been accused of ‘weaponizing’ the deadline in an effort to obtain last-minute concessions in negotiations.

However, Prime Minister Liz Truss was also criticized for derailing the negotiations.

She has been criticized for pursuing a deal “at any cost” and for communicating with Indian ministers over negotiators’ heads.

Infuriating New Delhi, Home Secretary Suella Braverman’s recent criticism of Indian migrants is reported to have killed the chances of a deal.

Yesterday, Downing Street reaffirmed that the government still intended to conclude a trade agreement with India by Diwali.

However, Ms. Badenoch revealed just hours later that officials were no longer working toward the October 24 deadline.

She declared to the BBC, “We are near.” We are still negotiating a contract. We are no longer working to the Diwali deadline, which is one of the changes.

Ms. Badenoch asserted that negotiations were “progressing well” but blamed the delay in concluding an agreement on the change of prime minister this summer and the recent mourning period for the Queen.

She stated, “We want to focus on the quality of the business rather than its pace.”

Ms. Badenoch declined to provide a new date by which an agreement may be achieved.

A Whitehall source told The Times that Indian negotiators had “weaponized” the Diwali deadline in an attempt to extract last-minute concessions.

The insider stated, “Ultimately, this deal must work for Britain, and when we examined what was on offer, it was evident that it was not a good deal.”

We don’t want to be pressured into signing a contract and would rather take our time to make sure everything is in order.

It was also alleged that Ms. Truss often communicated with Piyush Goyal, the Indian minister of business and industry, by text message.

According to a source at the Department of International Trade, she has been communicating with him directly. Why deal with your negotiating team if the prime minister wants a deal at any price?

She desires a contract at any costs; she is content with a signing ceremony. However, she has entirely ruined the United Kingdom’s chances of obtaining anything useful.

This agreement was executed at Downing Street by Liz Truss.

According to reports, New Delhi was enraged by Ms. Braverman’s remarks against Indian migrants, and Indian Prime Minister Narendra Modi canceled his plans to visit the United Kingdom this month to sign a trade agreement.

Mrs. Braverman had “some misgivings” in an interview with the Spectator magazine last week regarding the relaxation of visa requirements for Indians intending to enter the United Kingdom.

She stated, “I have worries about having an open-borders migration policy with India because I don’t believe that’s what Brexit voters wanted.”

In April of this year, former Prime Minister Boris Johnson and Mr. Modi established the Diwali deadline for concluding a trade agreement.