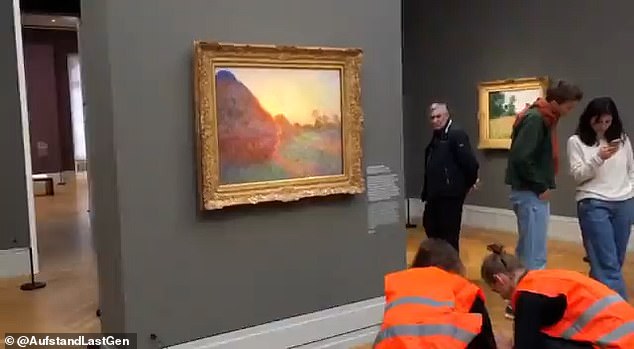 Sunday, members of the ‘Letzte Generation’ climate activist group approached the museum wearing high visibility jackets before approaching the painting, which sold at auction in 2019 for $110 million.

The incident follows a number of similar protests carried out by activist groups throughout Europe.

At this time, it is unclear whether the Monet artwork was damaged or is protected by a glass enclosure.

This story is breaking news. More will soon follow.

Anna Holland, 20, of Newcastle, and Phoebe Plummer, 21, of Lambeth, south-west, pleaded not guilty to criminal damage to the frame of a Van Gogh painting at a mid-October hearing at Westminster Magistrates’ Court.

Their trial has been scheduled for the 13th of December at City of London Magistrates’ Court.