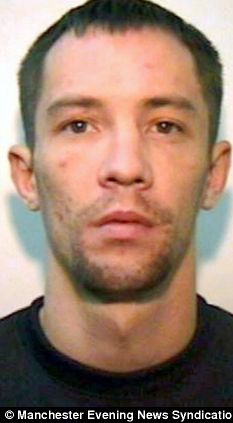 Gareth Curtis, a drug kingpin, operated a business from his cell. A imprisoned gang boss used his illicit mobile phone 45,000 times in six months to run a narcotics enterprise from his cell, yet he was exonerated of planning a gangland killing.

Curtis used phones and SIM cards that had been brought in illegally that were “cut down” to make the calls.

Inquisitive investigators probing a gangland shooting in Blackburn, Lancashire, were astounded to learn the sheer volume of telephone activity.

At Preston Crown Court yesterday, Curtis and seven other defendants were found not guilty of conspiring to kill.

However, he acknowledged the conversations and said he spoke on the phone for six to seven hours every day, but just for small talk and not to plan a murder.

The jury that exonerated him was aware of his imprisonment, but they were not informed that he was serving a 16-year sentence for assault and weapons offences.

He received a 13-year sentence for weapons offenses in 2004. The punishment came in addition to a three and a half year prison term for breaking a bottle over a partygoer’s head at a club.

For fatally shooting the deceased inside Oldham’s Caribbean nightclub, Curtis’ companion was given a life sentence.

At the time, Curtis was referred to be a “well-trusted associate of a heavily-armed gang.” Cell-site analysis, which revealed the times and general locations of the calls made or received, allowed police to determine the number of calls made to and from Curtis’ phone.

His service provider let him to continue using another phone with the same number after jail officials confiscated the first one since he was a “premium” client.

Eight SIM cards were discovered on a roll of toilet paper by prison personnel who searched his cell at Preston Prison, where he was being kept.

Leader of the infamous Doddington gang-affiliated Old Trafford Crew in Manchester, Curtis revealed that he has even organized cocaine trades over the phone.

The Crown claimed that Curtis orchestrated a gangland killing on behalf of a drug dealer serving six years in another prison during the Preston trial.

Gary Powell, who is also doing time for a firearms crime, previously shared a cell with a drug dealer at another jail and arranged a transaction between the two. Gary Powell is Curtis’ cellmate.

The Crown claims that the dealer wanted Suheal Patel, a 19-year-old fellow narcotics dealer, killed. On February 15 of last year, Curtis was charged with planning the shooting from his prison cell, hiring three Manchester hitmen, and leading them to his intended victim.

As Patel sat in his vehicle in Blackburn, two bullets were fired at him, but they missed.

The gun, which has never been located, was a Russian-made 9mm Baikal that had likely been rented, as evidenced by two rounds from the site.

It had been shot at least six further times in Manchester and twice in Oldham, according to forensic examination.