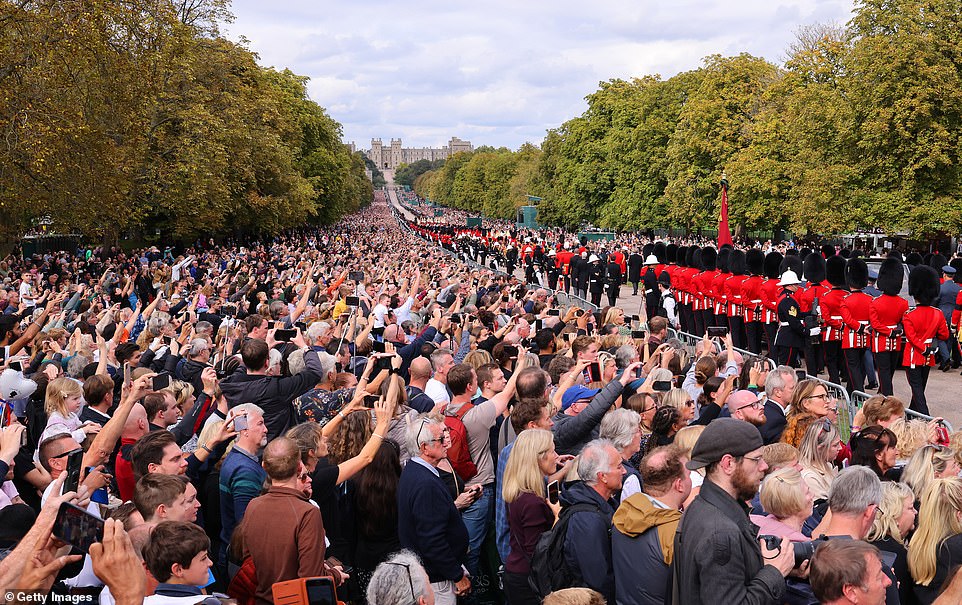 It was the dreaded day that Britain had vowed would never arrive. The Queen’s burial, however, demonstrated to the world what Brits excel at: tradition, grandeur, and ceremony, even as it broke the nation’s hearts.

In sharp contrast to the centuries-old customs that defined the events of the day, thousands of mourners lined the ceremonial route from Westminster Abbey to Windsor as a sea of selfie sticks equipped with phones captured the coffin’s last journey.

The queen has been assisting in planning for this day since the 1960s. It was the first state funeral since Sir Winston Churchill’s in 1965.

Every aspect had been painstakingly planned and executed without a hitch, from the magnificent Imperial State Crown that rested on the casket and was set with 2,868 diamonds to the hundreds of troops and sailors that marched with Her Majesty to the dramatic funeral pieces.

The stunning Westminster Abbey, where the late queen was crowned and wed, was selected as the location for the moving ceremony by the late monarch herself, who passed away 11 days ago at the age of 96.

The largest meeting of global leaders in a generation was taking place there, with 2,000 VIPs, royals, and prime ministers in attendance. Several hundred regular Britons who had been chosen by Queen Elizabeth II for their contributions to society joined them.

As the revered monarch’s coffin was brought from the Abbey on a gun carriage dating back to Queen Victoria’s reign, huge crowds gathered in The Mall, Whitehall, and Parliament Square to say goodbye.

Then, two million mourners lined the streets to bid her goodbye, showering her hearse with flowers as it travelled from West London to Berkshire.

The Queen was then taken to Windsor, where throngs of people had gathered to pay their respects as her coffin was brought up the Long Walk to the Castle and St. George’s Chapel, where she will be laid to rest next to the late Duke of Edinburgh.

»First state funeral since 1965 for the Queen«