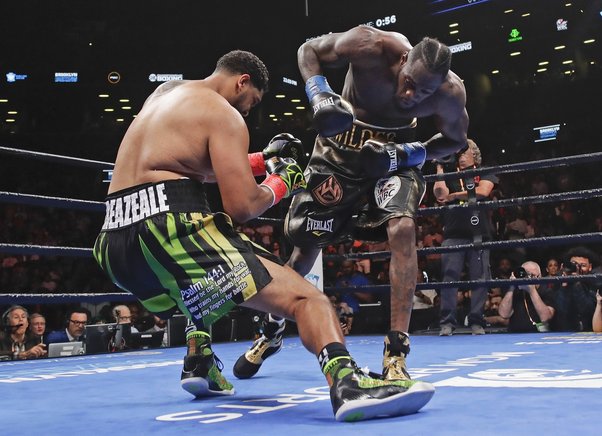 This weekend, boxing’s most powerful one-punch striker and former heavyweight champion, Deontay Wilder, will fight in New York for the first time in more than a year.

The fight between American Wilder and dangerman Robert Helenius will be televised live on SuperSport TV beginning at 3 a.m. on Sunday (SS Action and Max2). The event will also be streamed live on ShowMax.

Wilder had a brutal knockout streak until he ran against Tyson Fury in 2018. That legendary bout ended in a draw, but Wilder’s next two fights against the Briton ended in devastating knockout losses.

Instead of following through on his threats to retire, he withdrew and began making the changes he thought would enable him to reclaim some semblance of the heavyweight title.

This battle is effectively an eliminator for Fury’s belt, hence the outcome is crucial.

Helenius, from Finland, was on the outside looking in until two surprising back-to-back stoppage victories over competitor Adam Kownacki, both at this weekend’s venue, the Barclays Center in Brooklyn. Big and awkward, he could be a good test for Wilder, especially because no one knows what Fury’s mental state was after he shredded him so brutally.

Surprisingly, there hasn’t been much bad blood in the build-up. This is most likely due to the fact that Wilder and Helenius are not only friends but have frequently sparred with one another. Sparring is a long way from the real event, but Helenius will have a fair sense of Wilder’s power and will likely be cautious as he enters this intriguing 12-rounder.

Viewers are in for a treat with a vibrant undercard that includes a 12-round super middleweight match between Caleb Plant and Anthony Dirrell and a 10-round battle between heavyweight contenders Frank Sanchez and Carlos Negron.

»Eontay Wilder, aka “One-Punch Wonder,” returns to the boxing arena.«