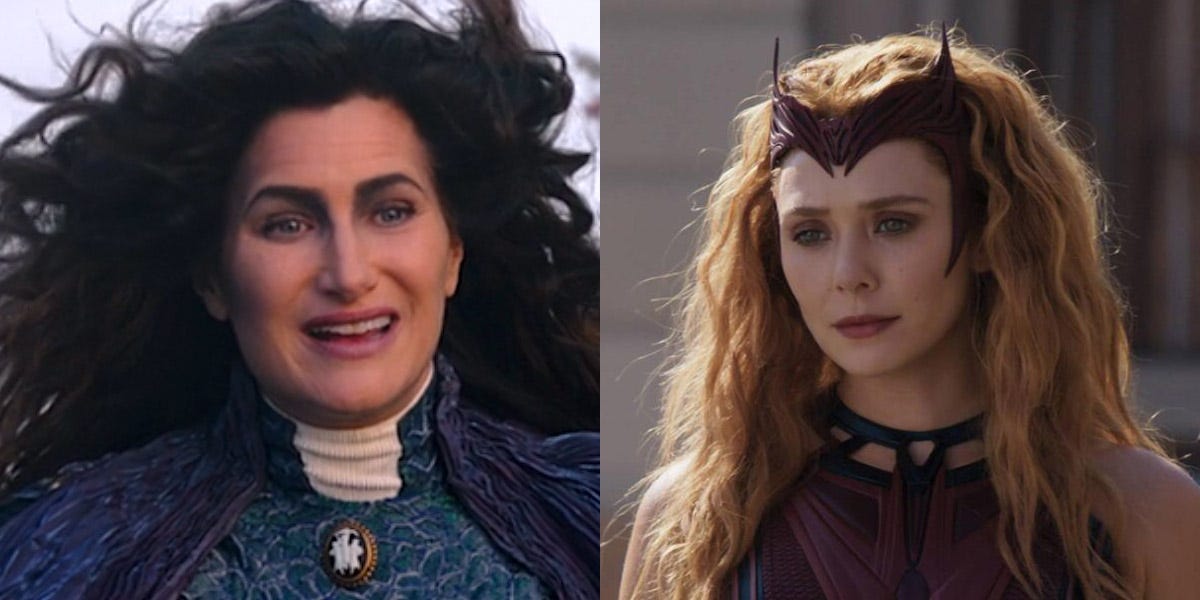 In 2021’s “WandaVision,” Kathryn Hahn made her Marvel debut as the evil witch Agatha Harkness, who tricked Wanda Maximoff (Elizabeth Olsen) into stealing the Scarlet Witch’s might for herself. Additionally, Hahn recently commended her co-star for being “extremely patient” with her when she took 40-minute potty breaks.

It’s true that the actor waited so long to use the restroom, but there’s a very excellent reason for it.

Hahn said during a speech at Variety’s “Power of Women” event that getting out of her intricate costume took a lot of time.

“It took me like a full 40 minutes to 10-one,” Hahn said, “which… is to urinate in the movie industry.” I have a tiny bladder and a lot of costume on, she continued.

The first TV show from Marvel Studios to air on Disney+, “WandaVision,” followed Wanda as she used iconic sitcoms like “I Love Lucy,” “Bewitched,” “The Brady Bunch,” and “Malcolm in the Middle” to process the immense sadness and suffering in her life.

Hahn thanked Olsen for coaching her through the stuntwork and special effects since this was her first step into the MCU.

Hahn said “She introduced me to the Marvel family and very kindly guided me through stunts, wires, blasts, and discovering the truth on an X on a green screen. I was used to conversing with others.”

The MCU background of Wanda, including her involvement with Hydra in the past, her romance with Paul Bettany’s Vision, and Vision’s ultimate death at the hands of Josh Brolin’s Thanos are all strongly referenced in the series.

But as the actress said, Olsen was also there to explain the whole experience to Hahn “She was quite understanding when I asked her, “Who was Ultron? What on earth is that glove with all the gems?”

The Marvel Cinematic Universe will continue to include Hahn beyond “WandaVision,” since she will get her own Disney+ series that will certainly explore Agatha Harkness in more depth.

Marvel Studios made a ton of TV-related announcements at San Diego Comic-Con 2022, including the change in name of the Hahn-led show to “Agatha: Coven of Chaos.”

The show will premiere on Disney+ near the end of 2023, but plot specifics are still being kept under wraps.