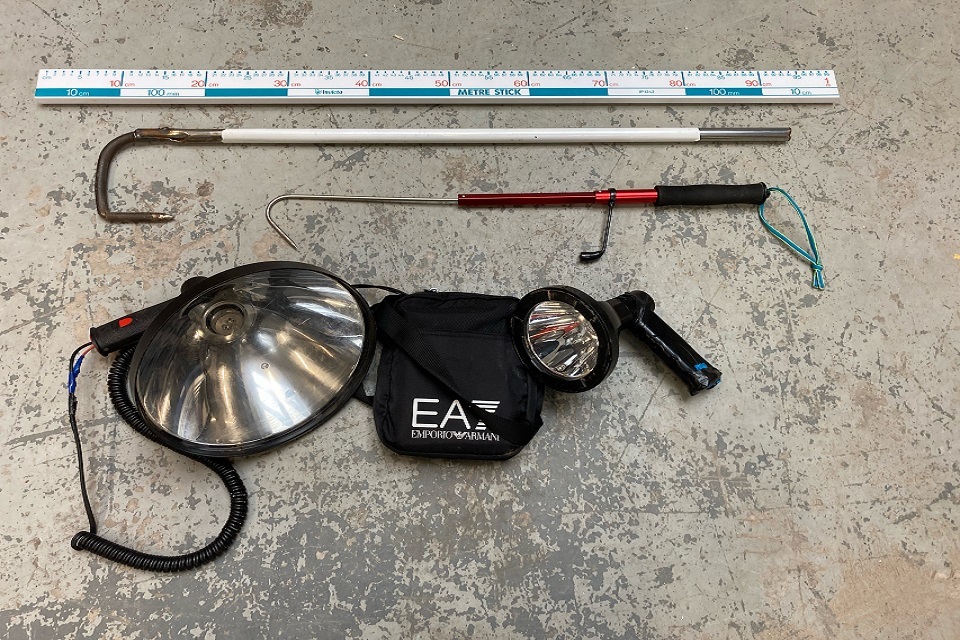 Last week, Environment Agency (EA) and Durham Police Department Fisheries Enforcement Officers rescued salmon and sea trout in County Durham.
Tuesday, October 18th, EA Officers were notified of a probable poaching incident in Wolsingham, Weardale, and Durham Constabulary replied to a request for assistance.
On the riverbank, four males were detained, a car was searched, and various illegal items were seized. This includes high-powered lamps and gaffs, which are spears used to spear salmon and sea trout.
Due to the prompt efforts of the cops, no fish were taken on this occasion. However, the criminals were apprehended, the environmental threat was eliminated, and the unlawful activity was halted.
David Shears, Senior Fisheries Enforcement Officer for the Environment Agency in the North East, stated, “Over the next few months, salmon and sea trout will enter spawning streams in the higher headwaters of our rivers, leaving them especially susceptible to this type of illegal conduct.”
At this delicate time, gaffs, spears, and lanterns are frequently utilized to capture migrating salmon and sea trout. This method of impaling fish results not only in the death of the fish caught, but also in severe and frequently deadly injuries to any fish that escape. In this instance, the response of our enforcement officers and Durham County Police prevented a potentially severe environmental issue.
“Anyone who believes they have witnessed illegal fishing activity is urged to contact our emergency incident hotline at 0800 807060. This gives us the greatest opportunity to arrest criminals in the act.”
Durham Constabulary Sergeant Grant Cockerill stated, “Poaching is never acceptable and a crime that negatively impacts our inhabitants in the Dales.” In light of this, we will continue to collaborate with our partners on operations of this nature.
During the winter months, the EA will enforce the yearly close season to preserve salmon and sea trout from interference during spawning, thereby allowing stocks to increase.
This fall, the bylaws restrict fishing for salmon and sea trout; fishing will restart in early 2022.