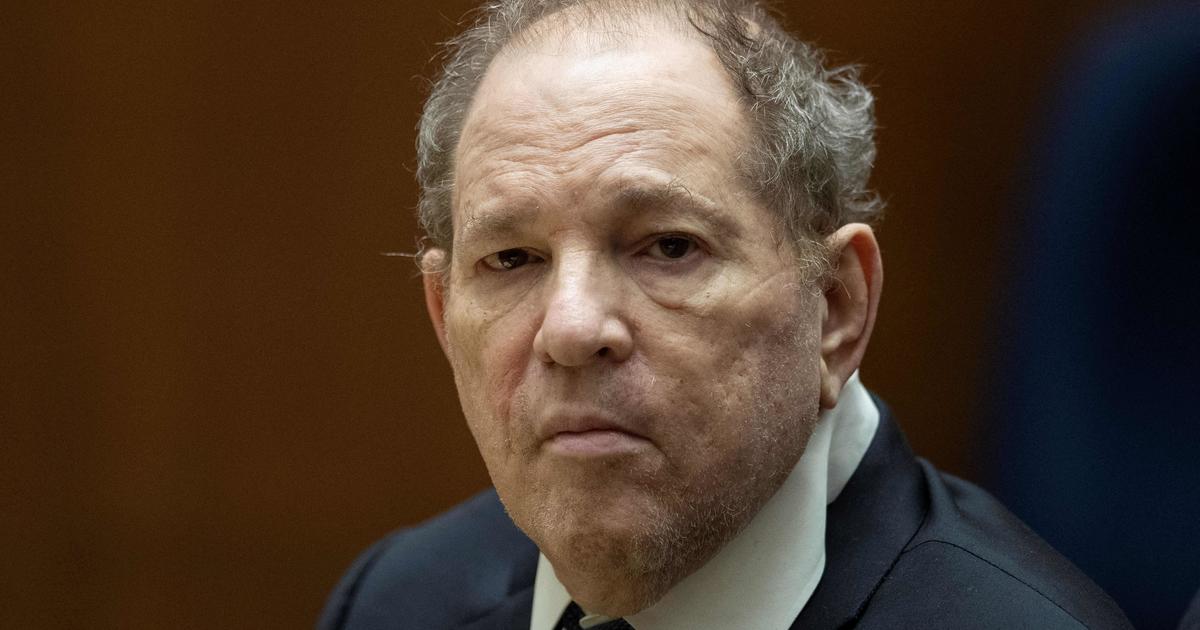 A dancer in a film produced by Harvey Weinstein testified on Thursday that she was “freaked out” after meeting the movie mogul on the Puerto Rican set, but his assistant’s presence and assurances persuaded her that it was okay to accompany him to his hotel, where she was later sexually abused.

The lady, identified as Ashley M. at the Los Angeles trial where Weinstein is accused with rape and sexual assault, testified that she was 22 years old in 2003 when she worked as a dance double for one of the stars in “Dirty Dancing: Havana Nights,” a film produced by Weinstein’s firm Miramax.

Bonnie Hung, who was Weinstein’s assistant at the time, reportedly informed her that she would remain with the two of them for the duration of the meeting and that he only wanted to discuss future ideas.

As they moved down the hallway of Weinstein’s hotel approached a door, she remarked, “I began to feel increasingly anxious, but Bonnie was there with her clipboard.”

“Harvey opened the door, and then he and I entered,” she added, pausing to begin crying. “Then, Bonnie closed the door after us. I thought, “Oh no, what should I do?””

The woman was the second Weinstein accuser to testify at the trial, and the first of four who are not engaged in the allegations against him but are permitted to speak to demonstrate a pattern of similar conduct by Weinstein.

Before the woman’s testimony, Judge Lisa B. Lench informed the jury that they will receive instructions on how to evaluate it later.

Weinstein, who is already serving a 23-year term for a conviction under appeal in New York, has pleaded not guilty to four counts of rape and seven additional counts of sexual assault in Los Angeles. He has constantly denied engaging in sexual activity without consent.

Thursday evening, as Ashley M. walked to the witness stand, she appeared agitated and began crying before any questions were answered.

She repeatedly apologized to Judge Lisa Lench, who responded that she had nothing for which to apologize and called for a short break.

She composed herself and continued her testimony, stating that she was a professional ballet dancer who had recently transitioned to Hollywood dancing.

She reported that Weinstein asked her to leave the set while they were filming in a ballroom.

Ashley M. reported that Weinstein mentioned her giving him a naked massage, and she attempted to appease him by saying she was engaged and required on set.

She reported that Weinstein informed her he was in charge and had the authority to pick who needed to be on set.

The woman called her mother and then-fiancé, who instructed her to seek assistance from other cast members.

Someone then announced that it was time for a dinner break.

She testified, “I thought ‘whew, saved by the bell'”

During the intermission, she questioned the film’s choreographer and a producer about what to do, but she got the impression that they didn’t want to anger Weinstein.

“Did either of them provide you with assistance?” Assistant District Attorney Marlene Martinez inquired.

How did you feel at the time? Martinez asked.

“Freaked out,” responded the witness.

Ashley M. reported that when they returned to the site, Weinstein and Hung were waiting in a limo.

“Just knowing I wasn’t alone made me feel better,” she added.

The Associated Press does not normally identify individuals who claim to have been sexually abused unless they have publicly come forward.

Ashley M. shared her tale with the New York Times in October 2017, when the newspaper’s reports of women claiming Weinstein sexually abused them placed the film executive at the forefront of the #MeToo movement.

Thursday marked the first time she has shared her tale in court.

Ashley M. is anticipated to return to the witness stand on Friday for additional questioning by prosecutors, followed by cross-examination by Weinstein’s defense.