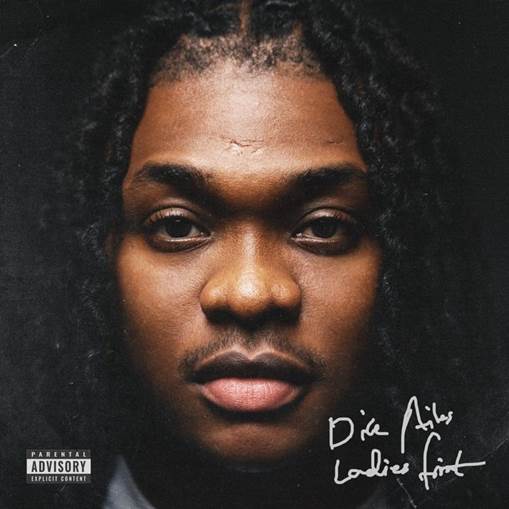 Dice Ailes’ debut EP “Ladies First” is finally released after months of anticipation and an early announcement at the start of the new year.

For anyone familiar with the Dice Ailes brand, one thing that stands out is his love for ladies; this same sentiment is carried over into the brand-new initiative that bears their name. An EP of this type can only be extremely personal, and Dice Ailes’ individuality and purpose are immediately apparent from the first listen. The eyes are the initial point of contact for fans to relate to the varied feelings of emotion being expressed in the music, starting with the cover, which is minimalistic with a basic image that bears a look. The EP’s title text is then handwritten by Dice Ailes himself, because what better chance does a fan have to get their hands on it?

When the Tiwa Savage-assisted single ‘Hold Me’ emerged in February, Dice let us know that the EP was on the way, and that we could start tailoring our expectations for what was to come with the record that screamed “intimacy” from the first listen. The other tracks on the Ladies First EP, like Hold Me, are drawn from personal experience. His strong attraction to women has made him vulnerable to a variety of encounters, which he’s documented in music to share with his listeners, and the voyage of these feelings – from sex to love, betrayal, and heartbreak – is split and explained across the tunes.

It’s fascinating that Dice chose to speak first about his relationships and certain meetings he’s had with his female friends in the past, which he claims justifies the title, touching on these “women first” before he releases the album, despite having a career spanning almost a decade. The sincerity with which it was created is demonstrated by the fact that the majority of the songs are mid-tempo, allowing listeners to be drawn into his real-life experiences rather than just dancing. Nonetheless, you will not be bored when listening to these music.