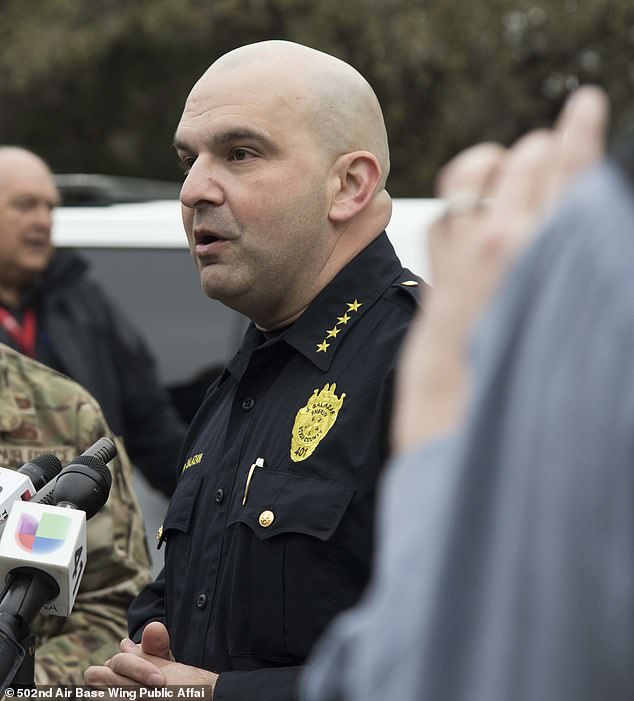 A stunning new revelation from the New York Times claims that a former spy with the US Army’s counterintelligence section was responsible for the scheme to transport migrants from Texas to Martha’s Vineyard in Massachusetts.

Florida Governor Ron DeSantis’ strategy was carried out by Perla Huerta, a 20-year veteran who worked as a doctor in Iraq and Afghanistan.

The Times was informed by many migrants that Huerta, 43, contacted them in San Antonio and persuaded them to catch a flight to the upscale area of Martha’s Vineyard.

Two flights carrying migrants from Texas to Martha’s Vineyard were funded by the state of Florida at DeSantis’ instruction in September.

DeSantis is the most recent Republican governor to express dissatisfaction with the federal government’s policy to police the southern border, which involves sending migrants to Democratic towns.

In order to make immigration a “front-burner issue” before the midterm elections in November, he justified the action.

The legality was questioned, and his Democratic opponent for governor said it showed a new low in cunning.

According to online data, Huerta is headquartered in Tampa, Florida. She was dispatched to Texas, according to the Times, to persuade the migrants to go north.

According to such documents, Huerta has family that reside in San Antonio. She is a mother who has been divorced and formerly resided in Niceville, Florida.

Perla was characterized as sporting “highlights in her hair” and “cowboy boots” in a previous New York Magazine article. She is said to be bilingual in Spanish and English.

An airline with connections to DeSantis supplied the jet that carried the Venezuelan asylum seekers to Massachusetts.

The former spy exclusively used the name “Perla” while chatting to Migrants.

The Bexar County Sheriff’s office in Texas is looking into Huerta’s actions and the operation as a whole.

‘Our belief is that a Venezuelan migrant was given what we term a ‘birddog fee’ to recruit around 50 migrants from the area surrounding a migrants resource center on San Pedro here in San Antonio,’ Sheriff Javier Salazar told the media in September.

According to the Times, the Venezuelan immigrant admitted that they had been collaborating with Huerta.

According to reports, Huerta was photographed by several migrants as she sought them out in Texas. According to Rachel Self, an attorney for the migrants, this is the case.

Self said that by utilizing them to compare with other internet images of the veteran, those photographs assisted in identifying Huerta.

Huerta’s social media accounts have been inactive as of this writing.

The migrants were offered employment and a “solution to numerous of their issues,” the sheriff said.

In September, the Washington Post reported that Perla contacted migrants with San Antonio and assured them that she could assist them. She was described as a “smiling blond-haired lady in a cowboy hat.”

The Post said that Huerta was then operating a rental SUV and was able to provide migrants—many of whom were camped out on the streets—with food, employment opportunities, and transportation.

The League of United Latin American Citizens offered $5,000 in September, according to The San Antonio Report, in exchange for information on Huerta.

A 34-year-old Venezuelan immigrant reportedly said that Huerta had pledged to assist him in traveling to a “sanctuary state.”

Along with work, migrants claimed that a 7-year-old child was promised a spot in school, while others claimed to have received legal advice and English courses.

I’m sorry for the misunderstanding, Huerta replied back to a migrant who had just arrived on Martha’s Vineyard and asked why they had been brought there since the assistance they had been promised was not available. I saw that they sent you all physicians and lawyers.

He further disclosed to the Report that Huerta was often joined by an unidentified male Venezuelan migrant.

Later, the Report identified that person as Emmanuel. According to what he said on the website, “Perla told me that in certain sanctuary states, the state has the advantages to assist migrants.” I’ve only served as the mediator because I like being of service.

Perla was just tasked with loading the aircraft, according to Emmanuel, and she had no involvement in planning the trips.

On September 20, a lawsuit was filed in Massachusetts and included the name “Perla” as a defendant.

Huerta was only known by her first name when the case was initially filed.

According to the Times’ article, Florida Governor Ron DeSantis carried out the September operation without consulting his Texas colleague.