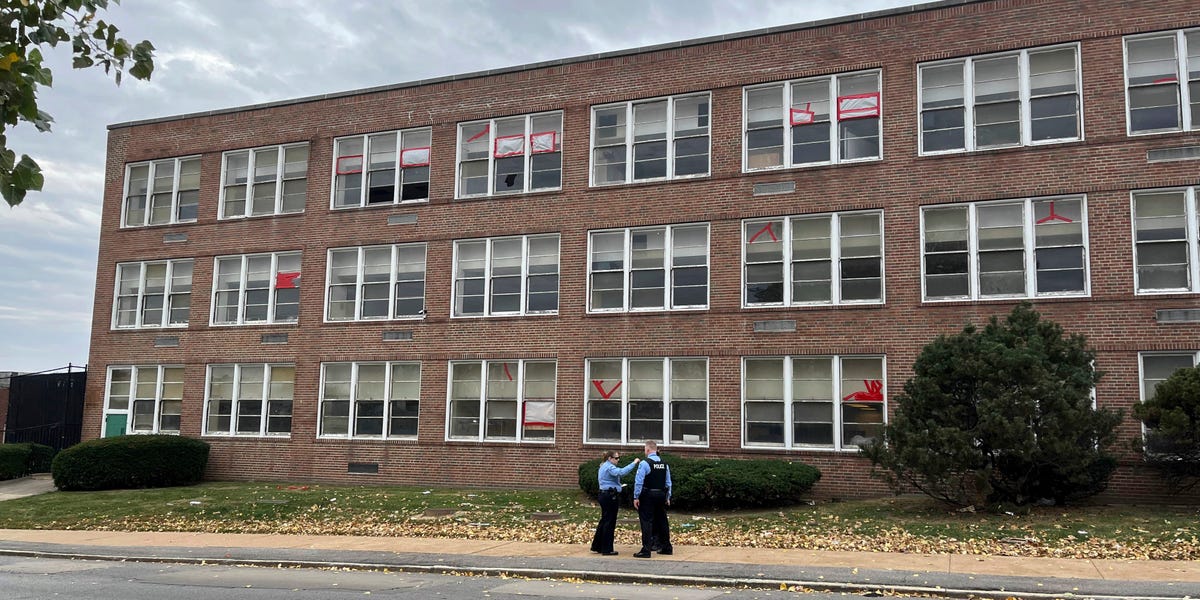 A teacher who was slain in a high school shooting in St. Louis on Monday stood between the attacker and her children to protect them, according to her daughter.

In an interview with the Saint Louis Dispatch, Jean Kuczka, a 61-year-old physical education teacher at Central Visual and Performing Arts High School, said that she stepped in front of the shooter to shield her kids.

“Abigail Kuczka told the Post-Dispatch, “My mom adored kids. She loved her pupils. I am aware that her pupils treated her as their mother.”

Alexandria Bell, a 15-year-old student in the tenth grade, was also murdered in the shooting on Monday, the St. Louis Police Department said in a news statement on Tuesday.

According to Bell’s father, Andre Bell, “Alexandria was my everything.” She was a fantastic person who is joyous and delightful.

I’m very unhappy, he continued. I need the cops, the locals, or someone to make sense of this.

The police department said that further pupils were treated for “broken bones and abrasions that they acquired when leaping out of the schools’ window” in addition to the four other 15 and 16-year-old students who suffered bullet and graze wounds during the incident.

The department said that the shooter was fatally shot by police who responded to the incident.

The agency said that the gunman’s cause of death was determined to be a gunshot wound received when he and police officers fired at one other inside the school.

According to Police Chief Michael Sack, the gunman, a former Central Visual and Performing Arts High School student, used an AR-15-style weapon in the Monday shooting.

Sack said that the shooter carried in eight magazines of ammunition in a backpack he was carrying in addition to the weapon. He also reportedly spilled more ammo on the school’s stairwells and hallways on Monday.

According to Sack, “it seems he entered the facility with more than 600 rounds of ammo.”

After the incident, FBI investigators searched the shooter’s vehicle for evidence and discovered a handwritten note he had written about his intention to carry out a school shooting.

The Associated Press reported that many witnesses claimed to have heard the gunman yell, “You are all going to die!” moments before he started firing.

Sack said of the massacre on Monday, “This could have been a catastrophic scene.” He said that since there were more police there than normal and they could react quickly to the incident, it might have been a lot worse.

Sack said that the school’s doors were closed at the time of the shooting but chose not to elaborate on how the gunman entered because he didn’t want to “make it simple” for any potential threats to enter the building in the future.