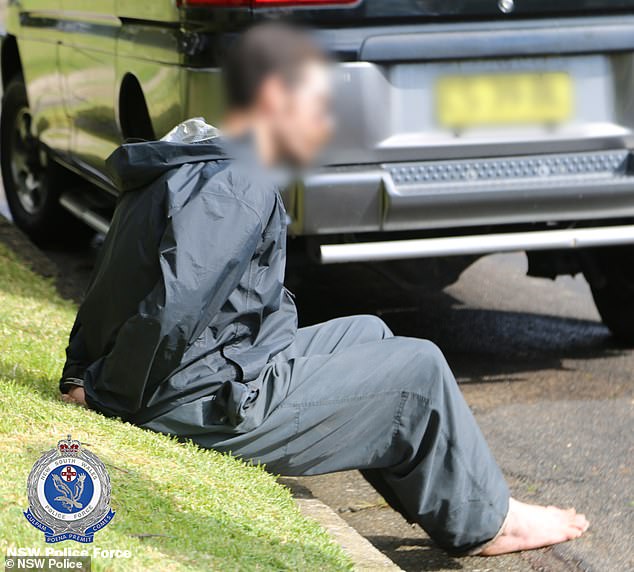 The jury heard that as Danielle Easey’s plastic-wrapped body lay in a creek, she seemed to ask her mother for $50 via Facebook.

This request followed a series of claimed communications stating Ms. Easey was in Sydney and “everything was OK.”

A NSW Supreme Court jury was informed on Wednesday that the author was Carol McHenry, who along with Justin Kent Dilosa is accused of murdering the 29-year-old Central Coast woman on August 17, 2019 at McHenry’s Narara residence.

Two weeks later, Ms. Easey’s decomposing body was discovered in a creek near the M1 motorway in Killingworth.

Danielle Easey (shown on the right) was discovered dead in a creek near the M1 motorway in Killingworth, New South Wales, in August 2019.

McHenry and Dilosa both accuse the other of attacking and gravely wounding Ms. Easey, but they point the blame in opposite directions.

The Crown asserts that the two conspired to at least cause extremely severe harm.

The NSW Supreme Court hearing is anticipated to reveal that Jennifer Collier sent multiple Facebook Messenger messages to Ms Easey after the victim’s mother last spoke to her daughter on August 16.

Crown prosecutor John Stanhope stated in his opening statement, “There was some worry… because she knew someone was reading the texts but she was not receiving a response.”

He stated that on August 21, responses began to arrive indicating that Ms. Easey “was in Sydney, everything was OK, she was with a friend, and her friend was assisting her.”

Her attorney stated that McHenry does not contest the Crown’s claim that she posed as the murder victim.

Tony Evers, a barrister, stated that rather than concealing her own crime, the Narara woman acted out of fear that Dilosa would kill her next.

Justin Kent Dilosa (pictured) and Carol McHenry are suspected of murdering the 29-year-old on August 17, 2019 at McHenry’s Narara residence.

McHenry (shown on the left) allegedly requested $50 from Ms. Easey’s mother via Facebook following her death.

“She informed investigators that Mr. Dilosa asked her to preserve the fiction that Ms. Easey was still alive,” the prosecutor told the jurors.

At the time the first texts were sent, Mr. Dilosa had not yet disposed of Ms. Easey’s body.

By discarding Ms. Easey’s phone in an obvious location and having the victim’s mother deposit $50 into her own account, McHenry was “leaving bedcrumbs” for police to find her and question her.

Mr. Evers stated, “She was too terrified to go to the police herself.”

Angus Webb, Dilosa’s attorney, stated that his client’s final argument was that he did not attack Ms. Easey.

The Cardiff man has admitted to discarding the body of Ms. Easey in Cockle Creek, west of Lake Macquarie.

It was discovered on August 31, days later, wrapped in a protective suit, a duvet, plastic, and duct tape.

Each accused the other of murdering Ms. Easey in front of a jury at the NSW Supreme Court.

The prosecution alleges that the two conspired to at least cause extremely severe damage.

When her body was discovered, Ms. Easey (pictured) suffered scalp lacerations, skull depressions, and stab wounds to her back, consistent with a hammer attack, according to the Crown.

Ms. Easey had substantial scalp lacerations, skull depressions, and back stab wounds, consistent with a hammer and knife attack, according to the Crown.

One witness, who has been convicted as an accessory after the fact, is likely to testify that each defendant claimed responsibility for Ms. Easey’s murder in response to his question, “who killed her?”

McHenry’s attorney noted that the trial’s witnesses included alcoholics, cocaine users, and criminals whose dependability and credibility would need to be evaluated by the jury.

The trial is anticipated to conclude in November.