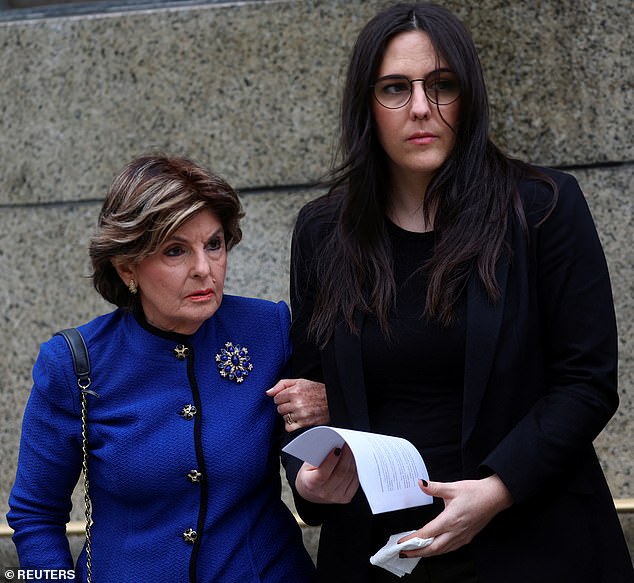 On Thursday, the woman he grabbed at a bar in 2019 presented a victim impact statement to the court when Cuba Gooding Jr. appeared in court in Manhattan.

Previously, Gooding Jr. pleaded guilt to one count of forced touching. The complaint arose out of an altercation with a waitress that happened in 2018 at TAO in New York City.

A different victim, Kelsey Harbert, was present in court on Thursday while that lady was not.

He fondled Kelsey’s breast in 2019 at the Magic Hour Rooftop in New York City.

Even though the case is almost over, the parties showed up again in court on Thursday to hear Harbert’s victim impact statement.

Later, she will hold a news conference with Gloria Allred, her attorney.

After she reported the event to the authorities, Gooding Jr. was charged with a number of further felonies, including forcibly kissing and groping waiters, in both L.A. and New York.

He has always maintained that any actions were consensual and denied any misconduct, although he has expressed regret for making women feel “uncomfortable.”

In April of this year, a plea agreement was made.

The charge will be reduced to a violation if he abides by its conditions, and his criminal record will be cleared.

According to Harbert, the arrangement is excessively lenient for Gooding Jr.

Gooding Jr. was charged with six counts of groping over three alleged instances that allegedly happened in 2018 and 2019.

Gooding allegedly squeezed one of the women’s buttocks.

One woman said that in June of last year, at the Magic Hour rooftop in New York City, he pinched her breast.

One lady said that he sexually assaulted her in a hotel room in 2013. He hasn’t been charged because of that assertion.

»Cuba Gooding Jr. smiles at the woman he abused in court«