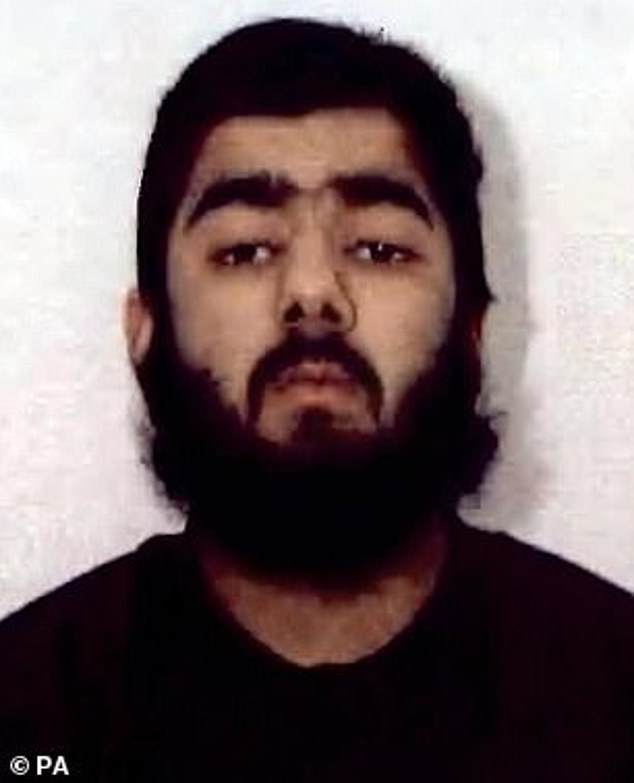 The Staffordshire county council omitted the name of Usman Khan, the terrorist who killed two people in the London Bridge attacks, from a council report out of worry that it might “inflame” the far right.

Jack Merritt, 25, and Saskia Jones, 23, both graduates of Cambridge University, were murdered in 2019 by convicted terrorist Khan, 28, who was born in Stoke-on-Trent.

Following the inquests of Khan’s two victims, councillors argued on Monday whether Khan’s name should be included in a report outlining how future deaths could be prevented.

While another council member cautioned against “watering down” publicly available information.

Usman Khan, a 28-year-old British national of Pakistani heritage from Stoke-on-Trent, had been released from prison in 2018 on license after serving a sentence for terrorist offenses and was wearing an electronic tag. At the time of the assault, he resided at an address in Stafford.

Staffordshire County Council will delete Usman Khan’s name from the report on the London Bridge attack.

Gillian Pardesi suggested that mentioning Khan’s name and ethnicity could lead to an increase in hate crimes.

Cllr Pardesi stated, “My fear is that revealing the name of this individual, who happens to be of Pakistani heritage, further demonizes the Muslim community and entrenches a conventional profile of an extremist in the minds of the general public.”

As a nation, we are in severe financial problems, and the far right will seek scapegoats to exploit this predicament.

Unfortunately, this has led to and will continue to lead to an increase in hate crimes and, in particular, attacks against our Muslim members.

It also distracts from the truth that we face a far greater far-right and neo-Nazi threat than Islamist jihads in the world as a whole.

Neo-Nazis, according to Cllr Pardesi, are “not hiding away” and are “working and living among us.”

Khan was shot dead by police on London Bridge after he murdered two and injured three more.

Bob Spencer, a councilman, stated that Khan’s identity and ancestry are well-known to the public and voiced concern about the “dilution of facts.”

The issue emerged when the committee was requested to evaluate the report and take note of the Chief Coroner’s concerns.

The committee chairman disagreed with councilman Pardesi and cautioned the authority against “watering down” publicly available information.

Bob Spencer, a councilman, stated, “It is not really clear how this converts into a threat from the far right.

I believe we should be cautious about how we report certain events and the terms we employ. However, if we are simply echoing or reiterating the phrases and words already used by the coroner, it provides the necessary credibility for our use of them as well.

I believe this is common knowledge and within the public domain; we’re not telling them anything they don’t already know. Personally, I do not see the value in changing the language of Home Office reports. I am concerned about the ongoing watering down of facts.

Cabinet member Councillor Victoria Wilson, who delivered the report at the meeting on Monday, stated, ‘I must say that I did not want those comments to be included in the report. If the individual in question was from Spain or Ireland, I do not believe it is pertinent.

Therefore, I am pleased to remove these words from the report. I don’t see how it links to anything else, therefore I believe we can remove those statements from the report if the committee so desires.’

»Council removes terrorist Usman Khan from report “because it would inflame far right.”«