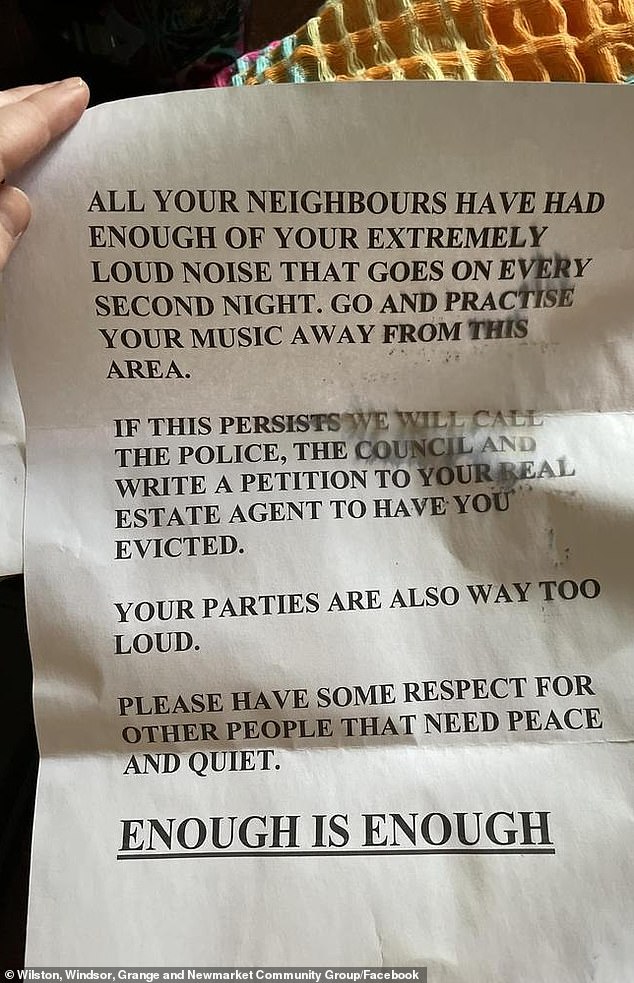 A neighbor has threatened to have a group of university students who host ‘very loud’ parties evicted from their rented home, but many have risen to the students’ defense.

The students were “very ecstatic” to be living in one of Brisbane’s northern suburbs for the first time.

One disgruntled neighbor, though, has sent them a letter demanding that they stop making noise “every other night.”

The notice, written in all capital characters, stated, “Your neighbors have had enough of your nightly excessively loud noise.”

Go elsewhere and practice your music.

If this behavior persists, we will notify the police, the local council, and submit a petition for your eviction with your real estate agency. Additionally, your parties are overly loud.

In a threatening letter, the neighbor of a group of university students in north Brisbane threatened to have them removed.

The author asserted that students should respect their neighbors’ wish for “peace and quiet.”

According to one of the university students living in the residence over the past three months, just two parties and two band practices were held.

“Dear neighbors, we just opened this letter and we really apologize for generating such a commotion. This is the first house we have ever rented as college students, so we were ecstatic,’ one of the renters said after posting a photo of the letter.

The students were “very pleased” to be sharing a house in one of Brisbane’s northern districts for the first time (pictured).

But we would have liked it if someone had visited us in person instead of writing us such an impolite letter. As a first-time renter, you will encounter unpleasant situations.

In addition, she stated that she and her roommates had issued letters to her neighbors prior to each party, but only one neighbor had called the police before 10 p.m.

Now, residents in the region back the students, with many stating that the letter’s author “had too much time on their hands.”

“This individual stinks,” said one.

You did everything correctly; you notified neighbors of events, supplied contact information, etc. You deserve a face-to-face or telephone conversation, not an anonymous letter,’ commented another.

One spectator said, “I would chuck it away.”

What a nuisance! You should now party twice as hard,’ wrote a second individual.

This violence is reprehensible.