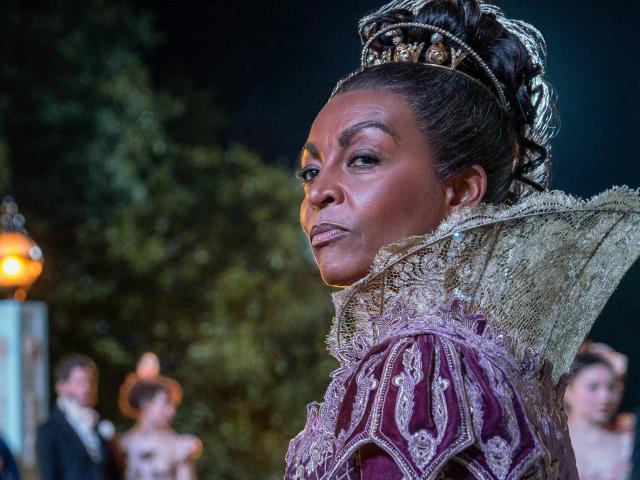 Adjoa Andoh, the star of “Bridgerton,” stated that she confronted the show’s casting director about its “color-blind” approach to roles when she first auditioned for the series.

In the first two seasons of the hit Netflix series, Andoh plays Lady Danbury, and she is due to star in the spinoff series Queen Charlotte: The Bridgerton Story.

According to the new behind-the-scenes book “Inside Bridgerton” by creators Shonda Rhimes and Betsy Beers, the actor was perplexed as to why she was invited in to audition for the role in the first place, given that Black actors rarely feature in British period dramas.

The casting director Kelly Valentine Hendry stated in the book: “We enquired about her availability, and I held my breath because she is rarely available. When she entered the room to read, she asked Kelly, “Why am I here?” She meant as a Black actor, a Black woman. I appreciate that she asked the question since it was necessary.”

Then, Andoh added: “As someone who has grown up in this nation and is familiar with its past, you cannot audition for costume dramas or historical romances. Consequently, performers of color frequently believe, “Oh, another role I won’t get.” I wanted to know that this was an opportunity and that I was expected to be myself, a Black woman, and not a Black woman posing as a white woman.”

The actor, 59 years old, continued: “I required confirmation that the auditions are not color-blind. Because when we claim to be colorblind, to whose color are we blind? I am the hue that I am. I am pleased with my race, and I would not choose to be any other. I believe I was born with a winning lottery ticket, thank you.”

In recent years, films such as “Belle” and “The Personal History of David Copperfield” have included increasingly diverse casts.

People of color appear in both lead and supporting roles, such as Lady Danbury and Queen Charlotte (Golda Rosheuvel). Nonetheless, when the series originally aired, some of the actors had to justify the varied casting in response to historical accuracy complaints.

Rosheuvel stated to Insider in 2020 that diversity in historical fiction was “far overdue.”

“People of privilege have dominated narratives and storytelling for a long time. We are aware that there were Black individuals and people of color, therefore I do not know if they purposefully omitted them “She stated,