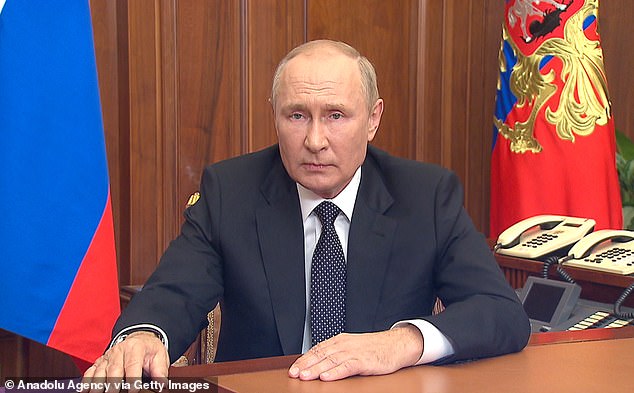 Following Moscow’s decision to annex large portions of Ukrainian land, Australia will impose further financial restrictions and travel bans on almost 30 rebels and key leaders who get support from Russia.

The Albanese administration said on Sunday that a further 28 persons would face punishment for attempting to use “fake” referendums in the war-torn country to legitimize Russian efforts to seize a number of territories in Ukraine.

The administration said in a statement that there was no basis for claims of validity for the referendums staged in Luhansk, Donetsk, Kherson, and Zaporizhzhia.

No phony referendum will alter the fact that the parts of Ukraine that Russian military are presently occupying are Ukrainian sovereign territory, according to foreign minister Penny Wong.

The news that Russia will control more than 15% of Ukraine has been roundly condemned as illegitimate and is the largest annexation in Europe since World War II.

New sanctions have already been declared by the US, UK, and Canada, but it doesn’t appear as if they are having much of an impact on Russian President Vladimir Putin.

Australia has also supported Ukraine’s allegations that Russia violated the UN’s prohibition against genocide by intervening in favor of those allegations before the International Court of Justice.

In accordance with the International Court of Justice’s legally binding ruling from March of this year, the government continues to demand that Russia remove its armed troops from Ukraine.

Australia will continue to collaborate closely with other nations in order to “impose hefty costs” on the invaders.

Deputy Prime Minister Richard Marles, who is also the defence minister, said the government was thinking about how it might help Ukraine in the long run while speaking from Hawaii with his American counterpart.

Our goal, he stated, must be to “place Ukraine in a position where this crisis can finally be settled on its terms.”

He said, “We support Ukraine in its application to the International Court of Justice of these actions against Russia.

Ukraine has requested more military hardware from Australia to support its effort to fend off Russian soldiers.

Vladimir Putin, the president of Russia, has vowed to use all measures at his nation’s disposal, including its nuclear weapons, to protect what it believes is its territory.

The US has said that it would react forcefully to any nuclear weapon use.

In reaction to perceived resistance against Putin’s invasion of Ukraine, Russia added another 41 names to its already extensive list of Australians who are prohibited from entering the nation in September.

Ben Lewis, the main SBS Russia reporter, was notably included and tweeted that he was astonished it had taken this long.

Other prominent journalists who have been barred from working include Andrew Bolt, Stan Grant, Patricia Karvelas, and Liz Hayes.

Anthony Albanese, the current prime minister, and Scott Morrison, his predecessor, as well as numerous ministers from both administrations and even several state premiers, had previously been barred from entering Russia.