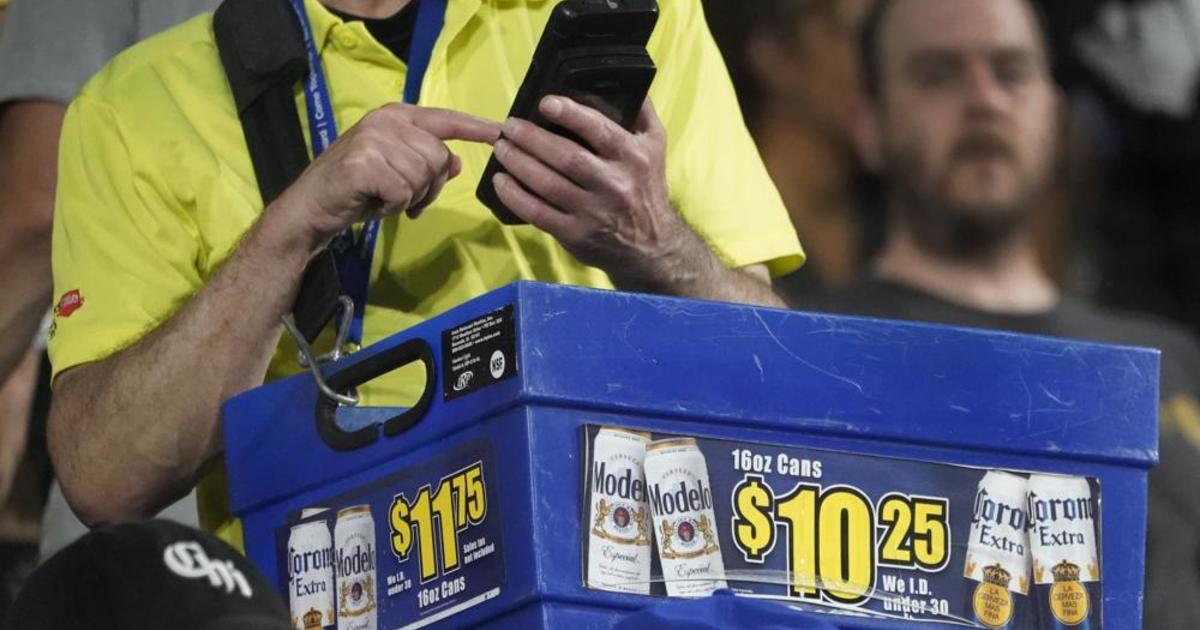 Corey Metzger sat on a bench in front of Soldier Field, about to witness his beloved Chicago Bears play in person, without any worry for money.

Or any concern, in general.

Metzger, 45, who works in law enforcement in Fargo, North Dakota, stated, “This trip has been in the works for a very long time, and I’m spending everything I can afford to make it happen.”

Metzer’s enthusiastic trek is familiar to sports fans, particularly since the COVID-19 pandemic has abated. However, consistently high inflation and gas prices threaten the re-established monetary flow since the return of the fans.

Inflation in the United States rose 8.2% in September compared to a year ago, the government said this month. In June, the unemployment rate reached a four-decade high of 9.1%. Higher housing, food, and medical care costs were among the most significant contributions to the increase.

Given the industry’s reliance on discretionary income, the inflation rate is a cause for concern for sports business executives.

Ron Li, a senior vice president of the sports and entertainment consulting firm Navigate, stated, “It’s historically correct that teams want to accept less on the ticketing side because once someone enters, they typically make up for it once they are inside.” “However, I believe they’ll need to make some judgments in light of the fact that costs are on the rise following the turnstile.”

The average cost for a family of four to watch a Major League Baseball game in 2022 was $256.41, an increase of $3.04 over the previous season. The average general admission ticket price increased by 3.6% to $35.93, constituting the majority of the increase.

Despite the price increase, Americans have mostly maintained their spending, especially on entertainment and other services such as travel that they neglected during the pandemic. However, there are indications that the solid expenditure won’t last: As a result of the inflationary surge, consumers, especially those with low incomes, have experienced a drop in savings and an increase in credit card debt.

Casey Lynn, a 43-year-old low-voltage technician from Minneapolis, and his wife, Lori, a 44-year-old commercial lender, opted to check out the Bears during a trip to Chicago despite not being avid football fans. Despite Casey Lynn’s displeasure with the ticket surcharges, the pair did not want to pass up the chance to attend the game.

Dan Coyne, 38, a wholesaler of life insurance from Harrisburg, Pennsylvania, makes an annual trip to Chicago with his brother Dave, 47, of Valparaiso, Indiana, who owns season tickets. However, this time was quite different.

“Flying out here, rental car prices have tripled,” he said. “That was clearly a consideration.” However, this event occurs once a year.

Consuming before to the game

The brothers consumed food a few hours prior to the game. Dave Coyne generally avoids the concessions at Soldier Field, but tonight he remarked, “I only had to pay for myself.” “Neither my wife nor my child was with me.”

Typically, sports teams and concessionaires have a bigger profit margin from concessions, but rising costs for commodities, transportation, and labor have reduced these margins. The adjustments are the result of the pandemic’s devastating impact on concessions companies.

Jamie Obletz, the president of Delaware North Sportservice, stated that the company’s business model has been significantly impacted by inflation rates of 10, 15, 20, and 25%, compared to the 2% or 3% that it has always insured against. You can understand the impact this has had on us and what it has caused us to consider and do over the past six to twelve months, as it has on many other businesses.

Paul Pettas, vice president of Sodexo Live!, estimates that total costs have increased by 10 to 15 percent over the past 12 to 24 months.

“In truth, expenses are up across the board, but we do everything we can to keep them low and ensure that this does not impact the average fan or visitor who attends our events,” he said.

In addition, concessions companies continue to struggle with their supply chains, which have improved recently but remain a challenge. Obletz recounted that his company ran out of peanuts in the middle of the 2021 World Series in Atlanta, so two employees drove a truck to another venue, stocked it, and then returned to Truist Park during the night.

Obletz stated, “The situation is not favorable.” They appear to be better than they were three to six months ago, and we anticipate further improvement.

The difficulties have necessitated inventiveness on the part of concessionaires in an effort to address escalating costs with minimal impact on consumers’ culinary alternatives and prices.

Chefs are revising menus to eliminate items that may incur major price increases and combining other alternatives. They are utilizing analytics to assess portion sizes – do consumers require six chicken fingers, or would five suffice? as well as scrutinizing their vendors.

Obletz stated, “We’ve attempted and are currently doing hundreds of such measures to counteract the price hikes we’re experiencing.”

Alison Birdwell, president and chief executive officer of Aramark Sports + Entertainment, stated that the company relies “more than ever” on analytics and its data science team when developing menu plans and new concessions products.

AP’s Birdwell was quoted as saying, “With this guideline, we are aiming to provide fans with the products they desire while simultaneously being efficient with our product and minimizing large cost increases.”